Clones took a turn for the worse

Think i might be treating my problems and not waiting long enough on results. These clones are 3 weeks old from first showing roots. I thought they needed cal mag at first because they were showing mag deficiencies. But i am thinking now my ph was just too high. I was using rain water in fox farm ocean forest soil. But it turns out my rain water was almost 8 ph. Using well water now lowered to 6.5 ph. My soil was getting powdery so i drenched them a couple days ago. Now they look like this. I am happy with the growth and stalks are good and strong and turning from purple to green so i am guessing the stress is slacking off. I just keep getting multiple leaf problems. Keeping room around 75 with 60% humidity. Raised lights from 20 to 30 inces a couple days ago really did not notice how quick they closed that distance. Is there something i should do now for the leaves or give them more time? 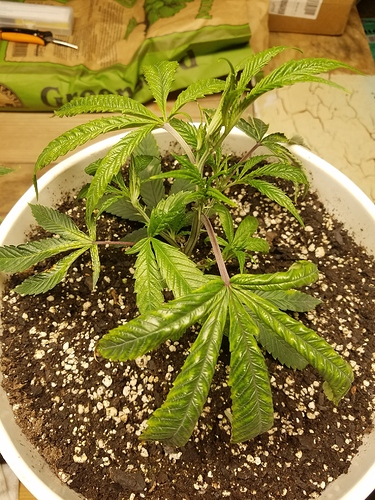 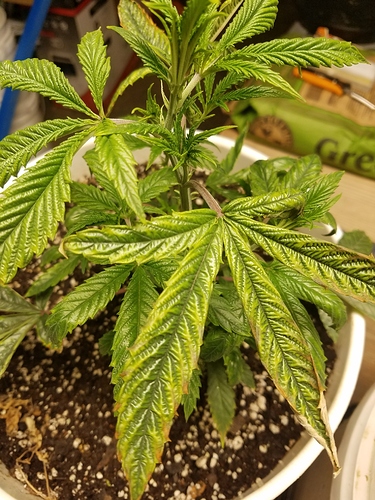 @Jared So it looks like they are facing some heat stress, I would raise your light, add a little more humidity, around 55%, and give them some calcium, magnesium, and nitrogen! They’ll get dark green again and start perking up a lot more! They won’t be so rigid either, rather soft

If you did drench them could be over watering! Id say keep your ph at 6.5 and like @Kronic said looks like your light might be too close, It can depend on how powerful your light is but 26-30in distance would be a safe starting point!

I moved light up to 30 in and plants are doing better. Cut my first set of 6 clone stocks today.

@Jared they can struggle with to much light at the beginning stages, I picked up a cheap lux meter from amazon and there are some lux to ppfd calculators online so you can calculate a rough idea of how much energy you are giving your plants, I was having the same leaf curling (tacoing @Kronic

) , once I figured out the right height for my lights the plants took off and look super happy!

Pictures of my first set of clones. They are looking way perkier since i hooked up tthe air bubbler a couple hours ago. 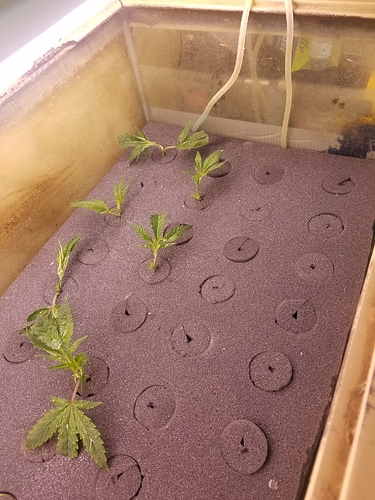 Hot glued a thin sheet of plastic to back of foam to stiffen it up some. The 1 in foam was a little too flexible for me floating on the water. 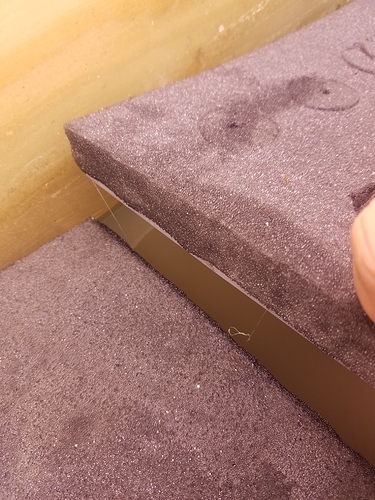 Used a old 1 3/8 socket with the edges ground off to punch out plugs. 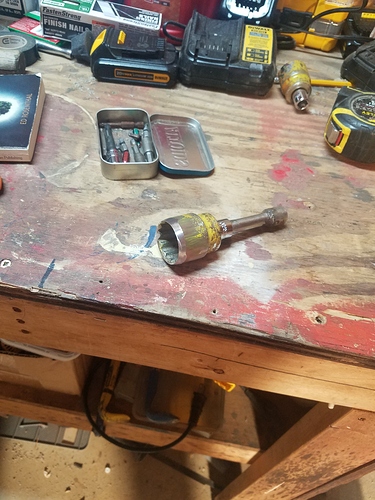 WHEn my clones get like that after rooting I like to pinch back the bigger sun leaves to promote new growth. Not all of them, but the 2 bigger ones near the soil for example. I like the idea of cal mag. But If cal mag doesn’t help,I then like to do a foliar feed with my spray bottle on mist mode. Side note: I find calmag deficiencies more a problem later when the big vegetative plants flip to bloom. Calmag away. If you are using new soil for your clones it should not be a problem. Unless your clones came from a mother all ready having calmag deficiency problems.

Don’t cringe, but the best thing to green and perk them up immediately is to foliar feed with ammonia.

. Super diluted I put about a shot glass full in a standard lil mist bottle. It is a trick I learned from my mentor many years ago for killing powdery mildew on sun leaves. (You will never go back to milk or baking soda for PM problems. Fixes PM on pumpkins and cucumbers like a dream too. But enough of my tangent.). I noticed all my plants looked 3 shades greener the same day. It foliar feeds them nitrogen ( NH4+ reduces to NO3-) and they absorb it incredibly great that way. Especially clones trying to sprout more roots. Try it on only 1 if you don’t believe me. Here is the rules though:

That said, ammonia misting works faster for nitrogen deficient big plants than root feedings. (I guess I should say in my opinion…) Yellow leaves anybody? Not anymore. Adding nitrogen to the roots is still necessary for big veg plants or the plants will yellow again quickly. I mainly use this on clones but it has been a life saver when I get the occasional nitrogen hungry big beast in the raised bed. The other girls burn if you root feed to much N anywhere near the others.

Please don’t think I am crazy. This works great. Best tip I have.

@Noddykitty definitely will try that ammonia on a plant or two. I have plenty to work with now. How dose ammonia solve ph problems? Buy bypassing root systems? The clones all look good now. I am pretty sure i just messed up the ph the first week and kept making adjustments without givinfg things time to work. It got so stressful i just cut off all old leaves with any problems to make myself concentrate on the here and now. Worked just perfect for me as all the new growth is looking super healthy now and making baby clones.

That’s a great question to ask about pH. In my tip I am assuming that pH is already been checked and corrected if too high or low. I take it a little for granted around Seattle pH comes out of the tap slightly acidic and very low carbonate hardness. I never have to adjust it here. Your pH would definitely be one of the first things to check. Ideally before you pop seeds or cut clones. Also ammonia would make high pH problems worse. Ammonia is alkaline. That’s why it kills Powdery Mildew on leaves so well too.

@Noddykitty Wont urine do the same thing ammonia does?

Lol i was assuming ammonia was just a password for urine until Dwight said lemon scented would work.

The idea of the ammonia is not to adjust the PH. It is all about feeding. Misting the leaves lightly should very minimally effect PH and only be unhelpful if you are fighting high PH (resulting in nutrient lock) since ammonia is highly alkaline.

The idea is to feed the plants thru the leaves (N) before the roots can handle the job efficiently. If well fed (N) they can better handle MINOR ph problems, heat, light intensity issues… or worst case bugs.

I always mist my new clones with ammonia before they grow roots for the same reason. Hope that clears up why the ammonia is used.

Lol I have actually used urine too. Urine would work, but is harder to control the concentration. It tends to be stronger than retail store bought “cleaning ammonia”. Also if you are dehydrated or super hydrated it really varies. But mostly the urea really stinks up the place after use. Like worse than drying bud unless you are growing cat piss strains. Ha

I do use urine once they go outside. I float my compost (table scraps mostly) in 5 gal buckets in urine once they are full of compost. Piss until it’s to the lip. Soak a week and then dump in my compost tumblers. I did some experiments this past grow season using straight diluted urine and I was real impressed. I don’t have the technique refined enough to say much more yet. The results were good enough I won’t be mixing steer and chicken manure and worm and mushroom casting into my raised beds this year.

I am so glad to see I am not the only one. I use urine in my tea brew. I use it in my mulch pile. I use here and there and everywhere. (Guess Dr Seuss go in my head). I also check my ph and tds on it and water it down till I am satisfied. When used in small amounts, you do not get cat piss odor. Also first urine of the day is much different than any other urine.

I never thought to use the TDS meter. I use one in my planted Aquariums all the time. Thank you so much for the tip. I cannot believe I didn’t think of that.

Things are looking perky in the nursey. 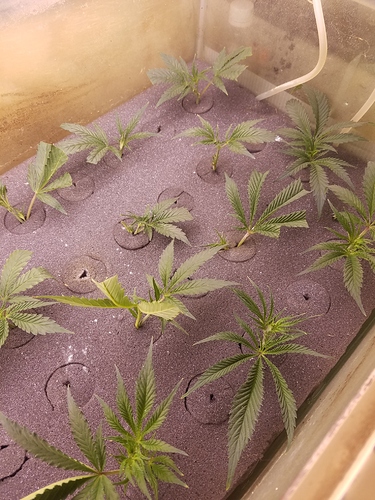