I know we’re all proud of our successful grows.
I think it would be nice to have a place to share pics and descriptions of our beautiful plants in progress and the fruits of our labors after harvest.

I’ll start off by posting a couple pics of some Gorilla Glue #4 that turned a touch purple during the last couple weeks of flowering. 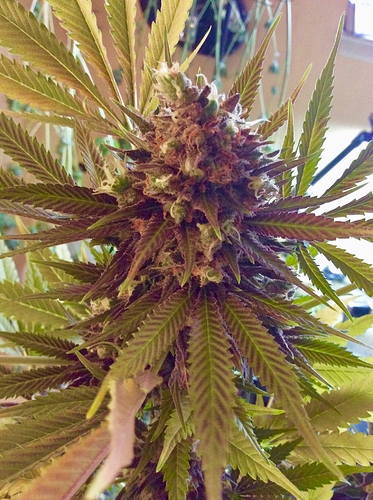 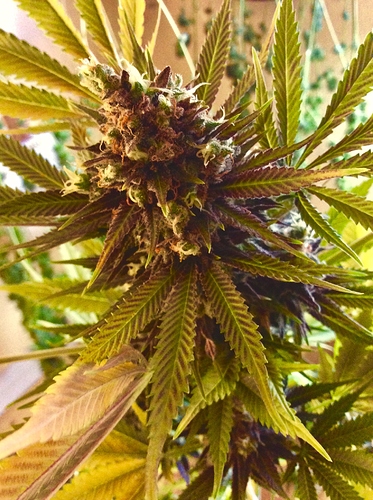 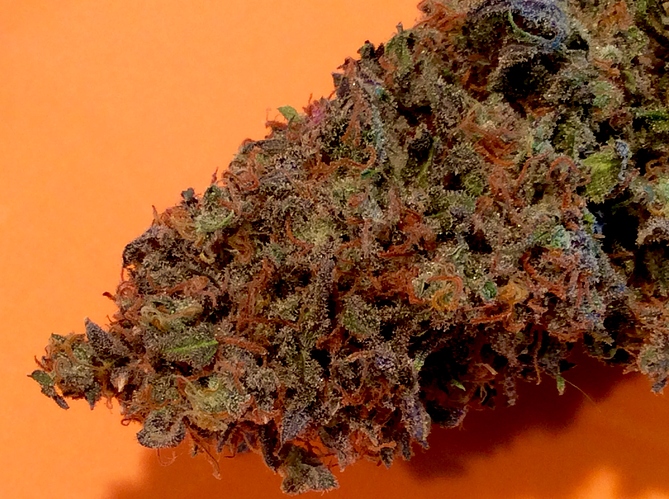 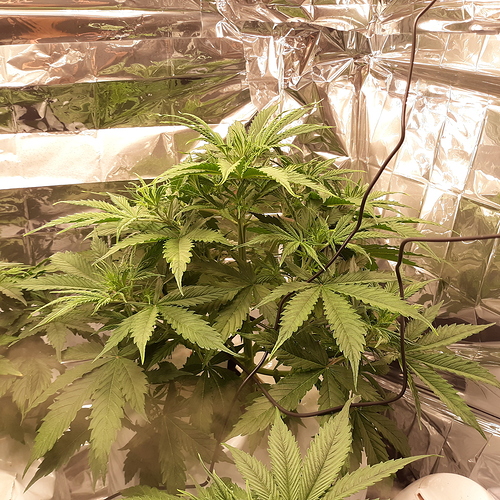 She is just over 3 weeks. Lemon Haze auto.

Here is a few i have going in my home grow. All are from seed derived from Homegrown Cannabis Company 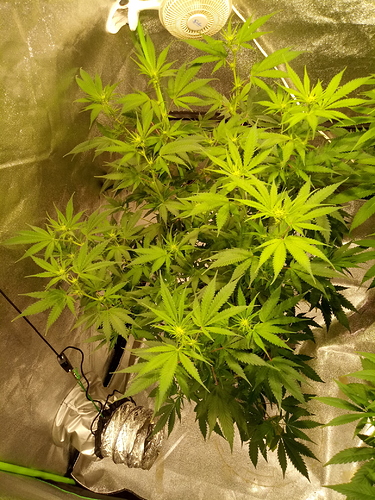 What strain are you growing! 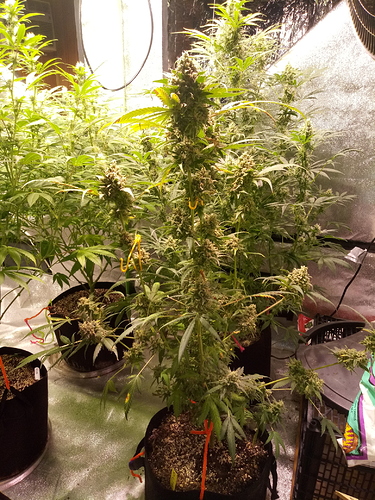 Some Bubblegum Auto from HGC grown outdoors. Beans popped first of July and 3 weeks later started to flower. She is 30 days old here and a week into flower. 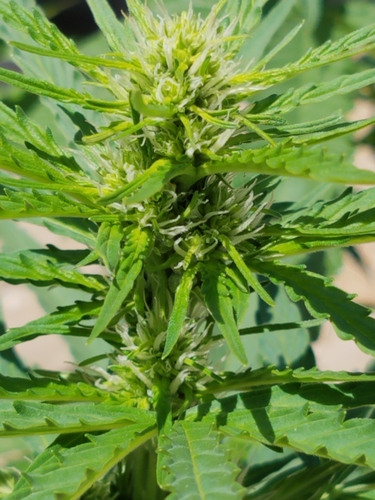 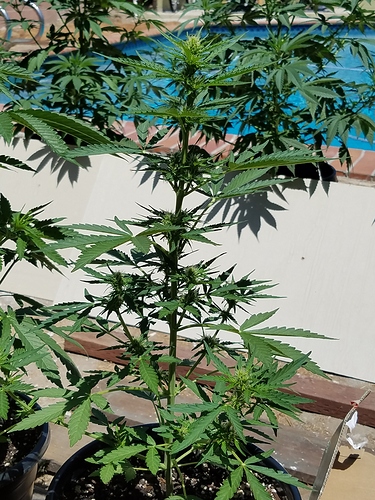 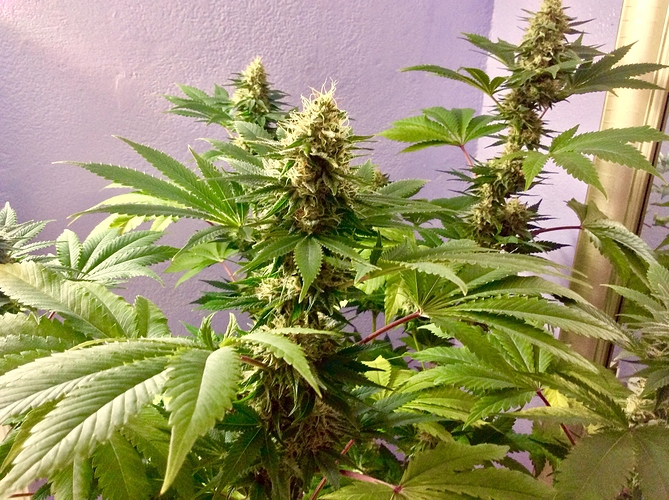 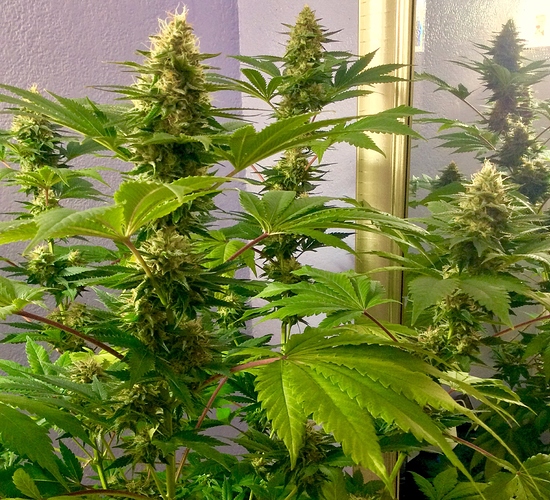 All of your plants look beautiful and bring a smile to the face.

I’m anxious to share, but my plants from HGC aren’t big enough to photo yet. I’ll be able to join soon enough.

@kmac03, we’ll love to see your plants whenever you’re ready to show them!

10 Days later and Bubble Gum is filling in nicely. Auto 40 days from sprout, outdoor grown with about 12 hrs sunlight. Still has some time to go… 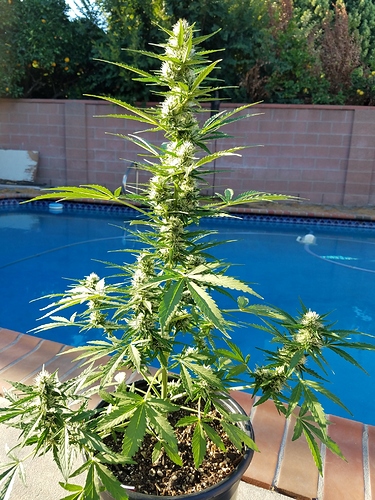 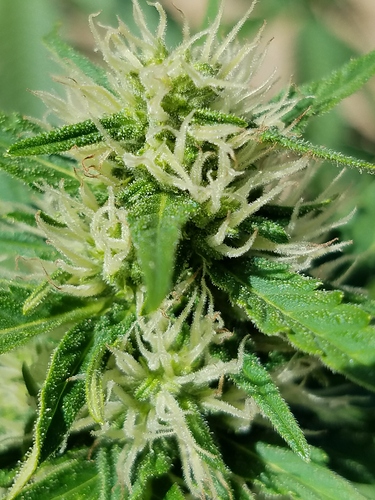 Two Grandaddy Purple, all caged up ready to support the huge colas I’m anticipating. And a Jack Herer Auto in the back just for fun. 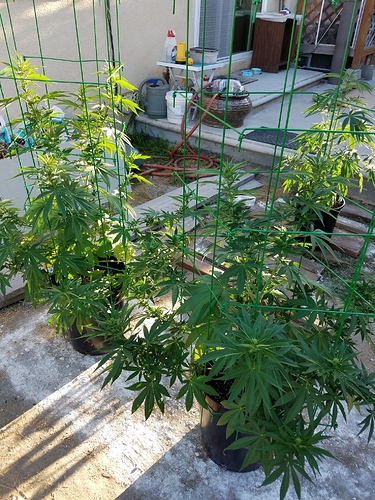 And to round out my legal limit of six in Ca. a pair of Pure Indica. These girls couldn’t be more different. Sprouted from the same HGCC seeds at the same time. Same water, soil and sun.
#1 (first sprout) is short and wide with very broad leaves.
#2 (second sprouted) is taller and stretched.
#2 had a bad fall the day after I planter her in the solo cup. I knocked it off the shelf by accident. I gathered her back up and hoped for the best. Over the coarse of the next week we had a heat wave in June, not uncommon in So Cal. Well #2 flat lined twice due to the combination of heat and direct sun, I found her laying over on her side. I quickly watered her and moved her into the shade.

Point is it could be phenotype difference or poor management, probably the later.
Chalked this one up as valuable lesson learned 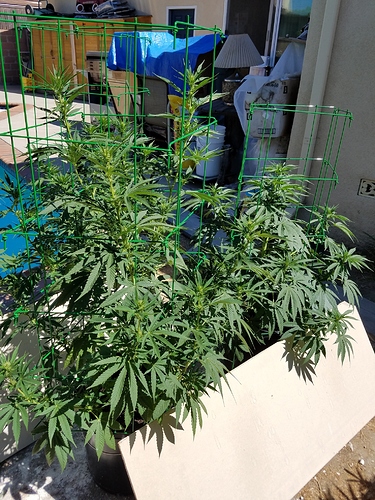 We had the same thing happen. Two of the same, amnesia auto. The runt which had a hard time getting started then we gave up, dug it up, replanted, transplanted and now she’s over 41" and just won’t stop while the others have finished off.

I thought I would share, my HCC plants aren’t big enough yet, however all of the new seeds I just put in have popped and have been planted. I will share under the respective threads later, I just wanted to satisfy my ego for now. If not welcome, please feel free to delete. 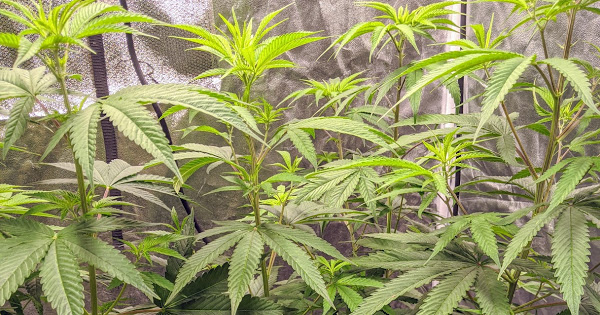 Welcome to the forum Elfin. Funny how stress can turn into a good thing.

I like seeing what others have growing at various stages. It helps me gauge my success and aids in future planning. Best of luck with your grow, can wait to see the flowers

Blueberry x Jack Herder Auto germinated June 8th sitting at 4ft high at 10 weeks. So far these seeds developed pollen sacs at time of flowering, maybe at 3-7 spots and none have grew since. 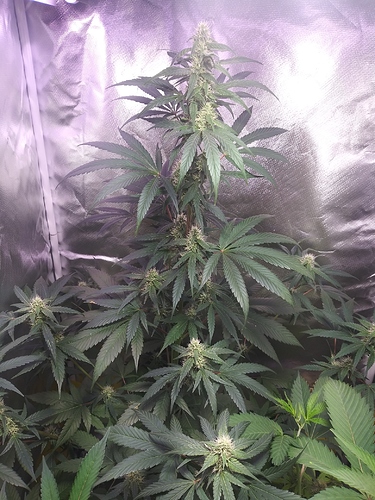 Welcome to the forum! Healthy girl, sweet looking tops. How many hours of light a day does she get?