So the journey begins. My dc generator and magnetic stirrer finally arrived so I can make true ionic colloidal silver for breeding now.

Have my White Widow regular seeds in coco discs germinating along with my Orange Skunk both from HCC and three Purple Haze auto flowers courtesy of @Mrb53004.

Just waiting on another seed pack now so I can start a few other autos.

I’ll be breeding and feminizing some White Widow this grow as well as selfing and cross breeding some autos.

It should be a grand old time. 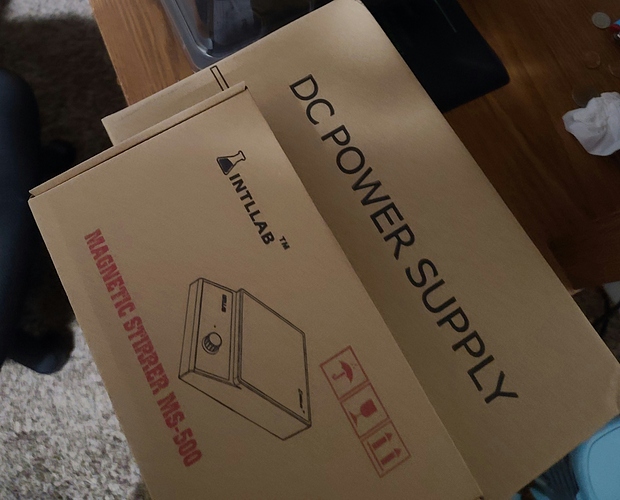 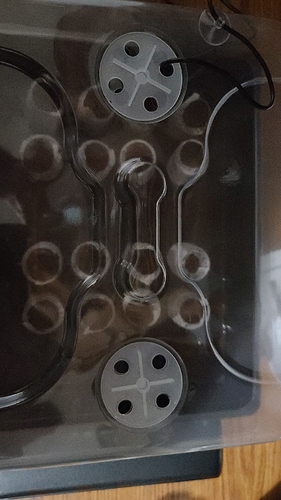 I’ll be following along. I have a confirmed HPS male as of this morning. I screwed up my breeding last time and everyone got it. Looking forward to sitting in the classroom.

PS: Do you write up a lab sheet for this?

Do you hate me? I was with you up until “few punnett squares…mendelian inheritance…non-…polygenetic traits (the one term I know)…”

If you prefer I don’t follow, I’m good with that. Otherwise, can you please dumb it down a little for me? I’m asking because I have to write out a project and when I don’t have a reference, it looks bleak for the creation of such. Insert rabbit hole here.

@kmac03 to put it simply Mendelian genetics is your basic dominant/recessive genetic traits only involving one gene and two alleles. It’s what we practiced in our high school science classes with punnett squares.

Non-mendelian genetics or polygenetics involves multiple genes and alleles beyond just the 7 basic dominant/recessive traits Mendel documented. That’s the part that gets tricky because it’s hard to predict and these genes generally aren’t expressed physically to be observed, or if they can be it’s generally so slight it’s easy to miss.

Non-mendelian genetics or polygenetics involves multiple genes and alleles beyond just the 7 basic dominant/recessive traits Mendel documented. That’s the part that gets tricky because it’s hard to predict and these genes generally aren’t expressed physically to be observed, or if they can be it’s generally so slight it’s easy to miss.

Ha! Irony is if you put that into an equation form, I’m pretty sure I could figure it out. Not asking you to do so as I’m not ready for that, just making an observation.

Thanks for all you do!

@kmac03 you’re welcome. The equations for polygenetics are done the same way as a punnett square just on a larger scale depending on the trait and genes involved. For instance if you have 3 genes involved in one trait that’s 6 alleles and the probability of the expression of that trait changes exponentially depending on whether the parent genes are heterozygous (two different alleles) or homozygous (two of the same allele).

So an example of a heterozygous parent would be Aa Bb Cc. (Simplified example)

A homozygous parent would be AA BB CC or aa bb cc.(simplified example)

Most plants have sets of genes that are both homozygous and heterozygous so this is where things get real crazy.

So let’s say to get the phenotype you want you need all 6 alleles to be dominant homozygous like AA BB CC and both parents are heterozygous Aa Bb Cc. Each gene has a 25% chance of expressing the homozygous trait desired. Now you take the percentage probability across each gene and multiply it. The end result you get roughly a 1.5% chance of having the desired phenotype you want in the stated example.

I love your brain, do you know that? It’s a gift to all of us that inhabit this world.

So far, I’m with you in the middle, this is how it works for me now. I’ll let the rest integrate as I’m able.

@kmac03 thank you. I appreciate your spirit and support.

@MDBuds cannot wait to see your journey! Axilla is finally striping out her seeds which has been cool to see, it’s so cool seeing the nanners form! Finally was able to collect feminized pollen too!

@Kronic do you start the cs after buds form? Every time I do cs I start it right as the node calyxes pop hairs and I always get a bunch of sacs. I only got nanners when I hit buds with it (my first cs attempt and I started later than I should have). I didn’t yield much viable pollen that time. Lol

I have done mine within 10 days of the calyxes popping. I did have issues when using less than 30m strength, the 23 fails 9 out of 10 times. I am going to order some gibberellic acid since I get much better results than with the silver but still, within 10 days. But you got a new toy, right? You can make your own, just add silver…

@Mrb53004 yeah I am going to be making my own. I use 50 ppm ionic colloidal silver and mist once a day until pollen sacs form.

I use a brush because I am too sloppy and wind up ruining half the plant just to get a little pollen. I dab daily for about a week or 2. After harvesting those CBD’s, I am definitely going to try and induce.

I mist because I just make a little clone under a fluorescent. Hit the whole thing so I don’t have to deal with dabbing or worrying about over spray and contaminating other plants or buds. Also, if the sacs burst when I’m not around it’s contained in its own little solitary dome.

I’m much more precise when pollinating though. I use a small paint brush and dab it where I want it then I wrap a clear plastic bag over it for 48 hours before I put her back in with the others.

My wife used to call me “The Man from Glad”…glad baggies. I used to collect pollen in them and place the entire bag over the buds I wanted to pollinate. Was funny so see all these plants with baggies tied on them. I used to goof on my wife and tell her I could just cut the stem and sell it as a nickel bag (so you know how long ago that was).
I don’t do clones anymore. I was never a good cloner, never, and I mean NEVER, had luck with cones. I just pollinate the buds, collect my seeds and am on my merry way. I know I have to do it in order to get feminized seeds but it is so much easier to buy…or grub and trade with my friends

I am so impressed by the seriously detailed knowledge in terms of science, biology and the art of gene manipulation to get a desired result. This forum has been an unbelievable source of knowledge, and some of these “experiments” are very advanced for at-home lab projects. I’ve tried some plant cross breeding, but nothing at this level. I’ll be following along closely…

@Bill thank you. One of my goals with my research and experiments is to make professional quality breeding practices easier for home growers using things they can just find at home using cultivars that I know for certain will be easy to grow with stable genetics. It’s why my first hcc seed grow with autos was a shit show. I was stress testing genetics to see if the seeds were worth breeding and as it turns out they were. This breeding grow now is going to be much more controlled with much higher yields and I’ll be sharing not only how to choose breeding stock but also how to choose complimentary cultivars to breed together. The goal being to allow home growers to enhance traits or to mellow certain traits out for their own medicinal needs through selective breeding at home.

@Mrb53004 yeah I used to collect it in bags too but it made it harder to preserve pollen from a beastly male if I wanted to keep breeding it and it didn’t survive reveg or if the clones didn’t take. I use small glass jars and desiccant packs now. I’ve managed to keep good pollen viable for 6 months up to a year in a freezer.

@MDBuds as soon as I swap to 12/12 I begin to spray all the node sites with CS 3 times a day. I went through about 50 oz of CS around 40 + ppm. Didn’t get a single sac and only developed nanners, collected A TON of mature pollen and I have more to collect when I get back and I’ll be testing to see if the earlier pollen is less viable than the later matured pollen as far as seed germination % is concerned.