Which Indica to CHOOSE

Which indica would you guys recommend for "Laughing, happy, silly, healing-pain, very little munchies. Could be a Hybrid with Mostly Indica, Mostly.
Thanks, Eitan

Hi,
i’m currently growing one of my favorite Indica’s: Blackberry Moonrocks, this one is wonderful in the evenings. 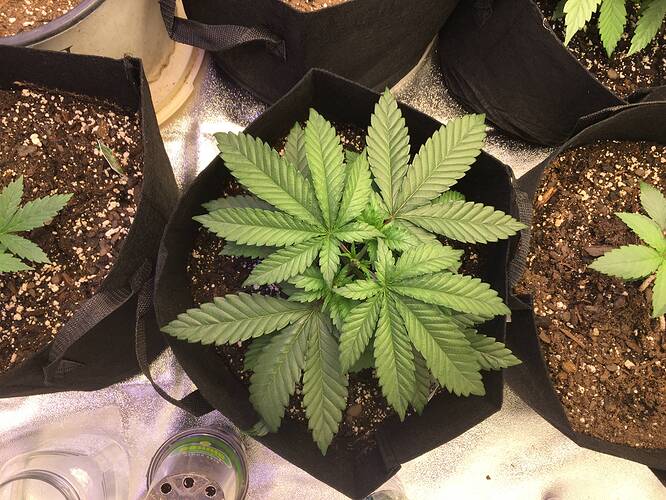 hmm i never heard of this one, i’ll have to learn more about it…

this one is Bruce Banner FV, it’s another of my favorites because it’s so easy to grow!
good luck. 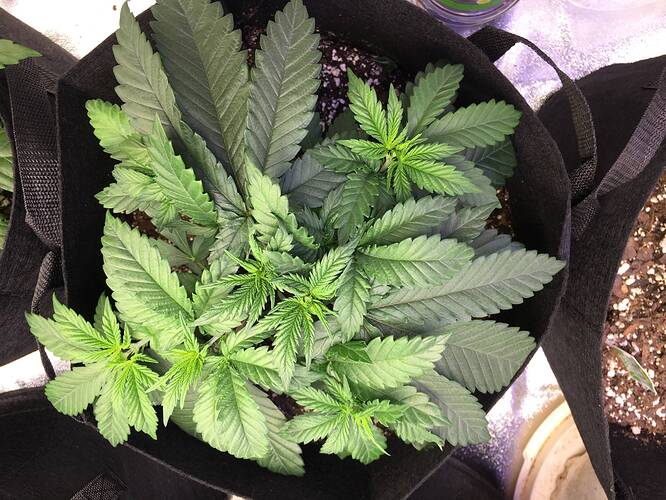 My last grow, cured now and lovin’ it. BBFV

homegrown cannabis does NOT sell Blackberry moon rocks. please tell me where you got it and is a happy and silly experience? thank you

a friend gave me that seed, he gets them from Blimburn.

very cool, i’m curious to see how much my 3 BBFV will produce!
how much did yours yield?

It was a small 21 grams, but I grow small and I was on a time limit, so I gave her a real short veg time. Buds were a little light and airy instead of hard and firm…but the taste and the FIRE!!! Oh yeah, the fire

thanks, my 3 BBFV are looking pretty hefty right now in veg.
i’ve topped them and now it’s just a waiting game

What does Topping them mean

@Eitty80 most plants grow up and then out from the bottom like a pine tree. This is not such a problem growing outdoors because the sunlight is the same intensity every where it hits the plant. Inside though, the light is weaker at the bottom of the plant. Inside most growers have limited space to grow so they clip the very top of the plant, which encourages the lower branches to grow upward. This allows you to train the branches so they grow evenly, letting all or most to be the same distance from the lights receiving the same intensity of light per bud.
Good luck and enjoy!

We got sidetracked from the original topic, didn’t we? For me the all-time favorite was the Afghani that I grew in the 80s. My hybrid pick would be Gelato. Tough grow though for me. I grew her guerrilla and not without incident. Took her 8 days to pop and when she did the shell wouldn’t come off. Only one cotyledon blade, but there was a little green speck at the stem, which was at a 90 degree angle from what it should be. It made it though. A week after planting her outside they mowed. The blades didn’t get her but she was smooshed down. I stood her up again and she was doing good but when I went to top her, the deer had chewed her down to the first node. she still recovered and I got two nice buds from her, which I still enjoy occasionally. I take a hit and “ooooh nice”. Homegrown has them in fem and auto. Now I’ve spent my 2 cents. Enjoy!

Gelato is definitely on my list for f mine made some my next run, Afghani is one that a buddy of mine made hash from, it was a bit too strong for me i took made 2 good tokes and i was locked in for the night!

@pas Afghani that I grew then is what led me to using a one-hitter back in the 80s.