Hello grow community I am 100 percent dedicated to organic growing and have only used a couple of soils but want to make my
Own does anyone have any advice or recipe to make rich organic living super soil ?

Never heard of it before? Now you have!

This is my soil mix recipe. Hat tip to “Mr Canuck’s Grow” on YouTube for bringing my attention to it. 70% coconut coir 20% quality worm castings 10% aeration (perlite/vermiculite) Organic dry fertilizer blends (The next 2 are optional, but recommended) 1 scoop of home soil (provides trace minerals and good luck) Mycorrhizae, when transplanting [image] As you may have guessed from the name, this is my homemade version of the popular bagg…

I’ve also started raising worms, in order to recycle my old potting soil back into castings. 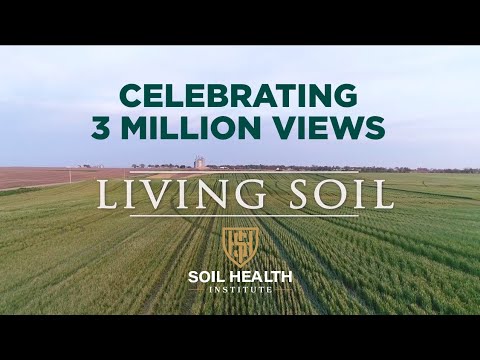 What’s the difference between organic and organic living super soil

I don’t think there is a clear cut definition but in my opinion it goes like this. Both should be living (depending on microbes to feed the plants instead of salts). Organic you would top dress to make up for deficiencies. In expecting some deficiencies, you would have a strict top dress schedule. In super soil the idea is you load it with everything the plant and microbes will need up front.

The grower that coined and made super soil famous (subcool RIP) did it by growing in huge pots. Like 100gal grow bags per plant or dedicated 10x10 raised bed per plant. The plants would all be 20 foot monsters. Then the idea was to do nothing but water till the end. If there was a deficiency it would be amended before the next grow and never bottle fed.

Indoor in smaller pots that is hard to do without amending. I think uppotting like currdog does is a good way to pull it off. I also think flowering plants sooner w less veg is a good way too. What I mean is switch to flower before the soil tank is empty.

What I don’t get is bottle feeding salts on an organic grow to make up for a slight deficiency. If you plan to freely add salts why bother with even trying organic.? Just use chemicals fertilizers and save yourself the trouble. To me it is like someone in AA going sober for a year, only to have a red bull and vodka bender the night before their anniversary award.

I have been obsessing lately over soil studies in America. I am especially intrigued by Dr. Judith Fitzpatrick and her microbiometer invention. Not just cannabis, I am talking big ag corn and potatoes, and grains and orchards. Trying to find answers as to why chemical fertilers are bad for the living soil. The results seem to unanimously point to the plants themselves, and not the fertilizers or the microbes.
The plants themselves when fed chemical feeds just stop signaling to the microbes. They completely cut microbes off from the roots since they have all they need from the chemical fertilizers. This symbiosis has been around between plants and microbes long before humans were on the scene. Once this happens the microbes rarely recolonize the roots and die off. Studies have shown this to happen with just one application of chemical fertilizers in potted plants. Specifically on cannabis plants used for testing. This further reduces the microbe diversity of the soil reducing moisture retention, nutrient retention (fertilizer run off), and top soil “stick”. Literally the microbes hold the soil and nutrients in place so it doesn’t become dust and blow away to sink into the oceans.

She also hypothesized and is currently providing proof that soil microbes don’t just stay in the roots. But truly enter the plant and are in all of its cells as a fully functional symbiotic immune system against pathogenic microbes that want to harm the plant. She is trying to prove now that trichomes are less of a bug defense, or to attract human interest, but are purely about providing a microbe diversity to the next generation of seeds. Like the trichomes function as mycoboost from the plant to its seeds for the next season. It is really interesting to think about.

My final thoughts, no matter what you put in, if your worms cannot live in your pot there is something off. Sygannic (hybrid synthetic and organic ferts), organic, bag of Walmart miracle grow, whatever. I measure with the worm test. I find that I have tons of worms living in my pots. Yes, even ones inside for winter months (my citrus and banana trees) are loaded with worms. There are regular surface mounds where the worms make a breach and deposit a lil pile of castings on the surface layer. Also at repotting I see a lot of worms amongst the roots. I guess what I am saying if your worms cannot live in there, maybe your soil is less living than you thought?

@Noddykitty if you use red worm’s in your soil you have to feed them i put old bisket crumb’s on top for the worm’s and i growed in 30 gal.pots outside here where i live there are night crawlers and lot and lots of red worm’s, green worm wigglers and some people around here call them white worm’s the night crawlers I put in my yard over the year’s when I went fishing what i had left over i dumped them in my yard.and if i want to go fishing right before it gets dark spray the yard with garden hose then gets dark i take light go catch 2 or 3 doz.in no time.