How to use coco coir starting from bales

I blend my own potting soil, but that’s another topic (coming soon). The base for my mix is coconut coir.

You’ll find it, or peat moss, in basically every bagged potting mix on the market. And for good reason - it’s nice and fluffy, so it holds a lot of air. But it will also hold many times it’s weight of water. It’s almost difficult to overwater, although some will manage to.

Coco is also considered to be more sustainable than peat.

You can buy pure coco, ready to go, in bags. But you can save a lot of money by going with the bales. They’re cheaper, they’re sterile, and in my area anyway, more available. That’s really why I started using them - I just couldn’t find any ready-to-go bags at the time.

Hat tip to “Dr MJ Coco” on YouTube. He’s got a good video tutorial on this topic and probably can explain the benefits and use of coco better than I will.

When you’re starting from bales, you of course need to hydrate them first. I drilled some holes in the bottom of this inner tote, which can fit into my large Rubbermaid tote. So it’s like a 25 gallon strainer. 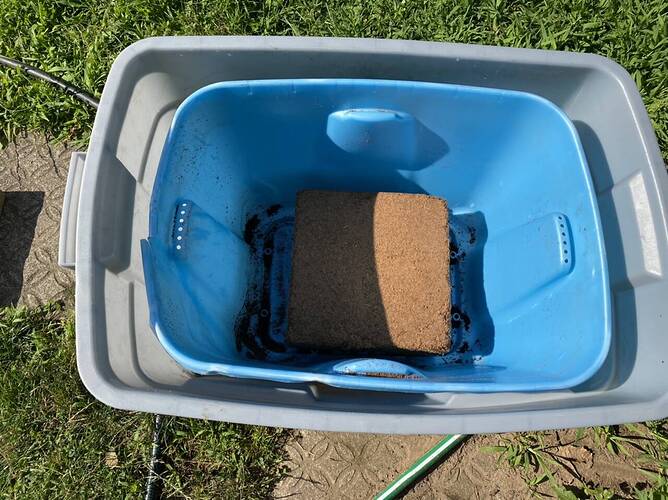 Using these 2 bins (I forget the size and the labels are long gone) I find it takes around 20 gallons of water to rehydrate an 11lb standard bale. And I like to get it to where it’s “soupy” - the coco fiber completely suspended in water. I get my hands in there to break up any chunks. I use pH’d tap water, but I don’t bother de-chlorinating: the coco doesn’t really have much microbial life in it yet anyway. 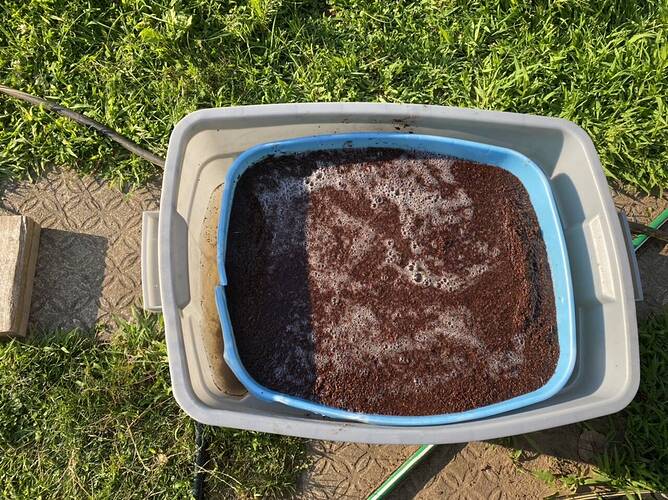 The next crucial step, is “buffering”. Coco palms tend to grow near the ocean and so they can contain a lot of sodium. Though a process called cation exchange, the coco itself will actually rob the calcium and magnesium out of the soil, and in the process exchange it for a sodium ion - not great for your plants.

So what you do, is rinse it with a cal-mag solution. This will preload the coco so it doesn’t rob the nutes, and at the same time flush out the sodium. I flush twice (it’s a lot of fiber 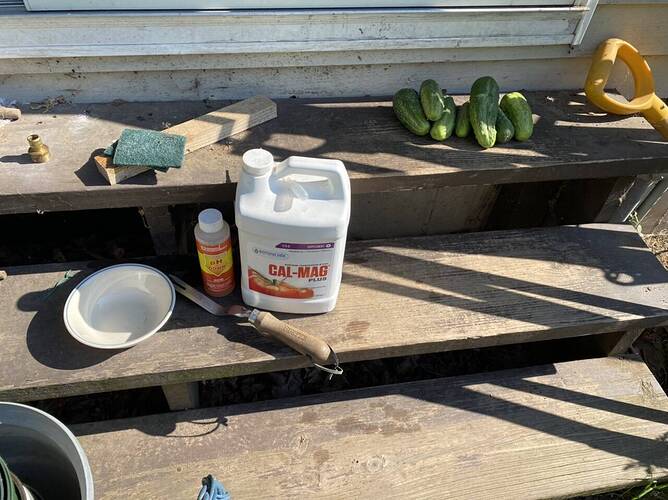 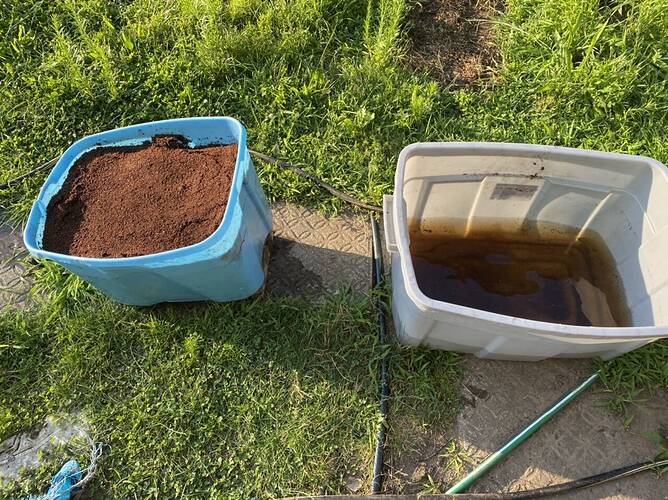 After hydrating, and between each rinse, I pull out the tote (this might be a 2 person lift) and drain for a half hour or so. Most of the time, I’ll let it soak in the calmag overnight after the first flush. But that’s probably much less important than just making sure to add enough water to where the fiber is suspended in the solution.

So now you’ve got yourself some premium coco coir! It can be used as a substrate for hydro or soil grows - like Dogg Farm “One-and-Done” potting mix!

I did this for years when making various soils. Great walkthrough for those that dont know. You really hit the important points well. I’ve switched to just pure promix hp for my hybrid hydro setups. I prefer it over rockwool or the clay pellets.

Great write up. I’ve been using Jiffy Peat, Coir, Vermiculite in my raised bed. The based soil was totally depleted so I tilled a bag in and use Black Kow mixed with more Coir. I needed the Kow for the nutrients but it is very muddy. Mixing with coir allow water to pass through.
I added red wiggler worms yesterday.

But the extra tip I got from your thread was the Cal-Mag. I have my own well for water. The water is exceptionally hard and we have a salt-based softener. Technically, the outside spigot are supposed to be raw water but the pressure pot is in down stream of the softener and I get backflow when drawing water from the garden spigot. I knew the salinity was high because I tested it.
I was getting around the issue by using strictly rain water but the sky did not always deliver on schedule, even though we store it.
If I can lower the NaCl with Cal-Mag, that will be a big help. We also have a veggie garden that suffers all the same concerns.
Thanks for this.

Normally I do this process outside. But it’s way too cold for that today. So I had to figure out a way to do it in my bathtub. 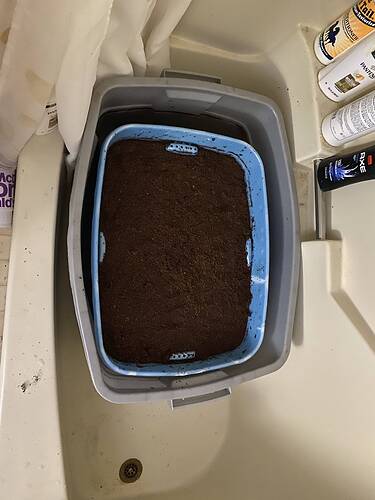 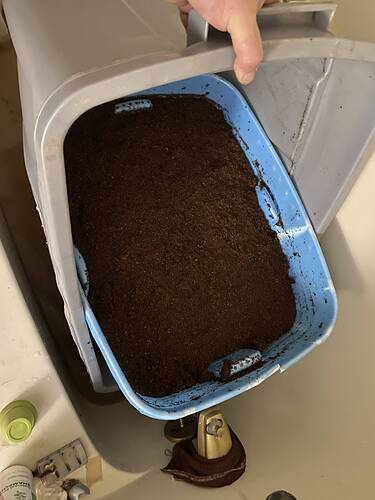 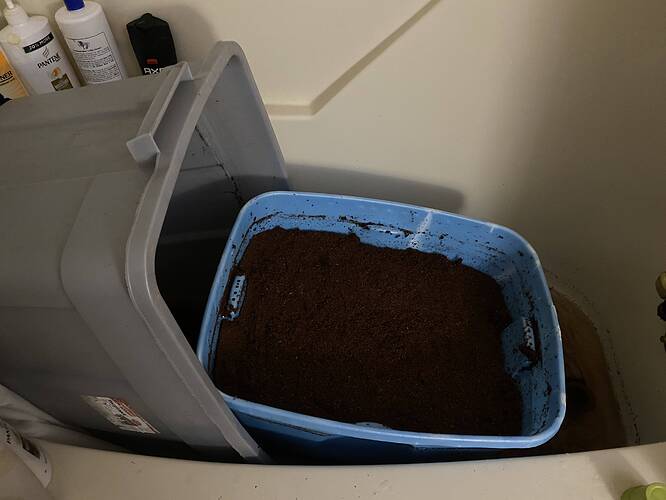