How do you indulge?

It’s interesting how the times have really discriminated against Cannabis; now we are understanding the intense medicine that’s been around…and it’s been around. The more it’s around, people won’t even see it. Peace to you Hut-Ka-Imhotep and Happy Growing to you & everyone!

Hut-Ka-Imhotep…by the way, I think you’re “Groovy”. Freedom begins when we release the Cannabis…right on! Peace to you…and very Happy Growing!

Impressive array of cannabis alchemy. Care to explain any?

@Gdub sure it’s all organic hand made hash… looking at picture, top would be tootsie rollz hash as we call it round here’ (atleast I do)…,very compressed and rolled…, in the middle from left to right I got three grades of bubble hash in different micron ranges…, ready to be put through a grader n squished or just smoked as is like a hash rock or break it up & roll it up…, 4th on right is charas, oldest hash style that we know of…,I kinda like this the best…, On the bottom from left to right would be pressed kief in a hand press…, Snowball" same as what is called a temple ball…Rolled kief in my hands until I form a round ball then I roll that ball in more kief to create a snowball’., then just raw Kimbo Kush Kief.

I’m caught by the comment “has to be cured for an extended time…” Since my dry ice derived keif is made from cured dried flowers or trim, another curing is required for the hash? How do you cure it. I keep mine in a wine cellar at 64’F and various humidity levels depending on the state of the harvest, between 40 and 65%RH. Should I be doing something else? I have plenty to experiment with so any advice will be well considered. Thanks, Gdub

@Gdub he cures the flower for an extended amount of time before he makes the hash.

The only hash product or concentrate I can think of that goes through a curing process is rosin, and that’s only if you want to “sugar it up.”

I’ll have to see how this works as I have far more keif than I can use. (My dry ice technique seems so efficient I’m overwhelmed with powder) So some has been aging while MUCH of last years harvest (mostly Girl Scout Cookies) remains in jar. So how much to YOU age your grow before converting to hash? With the new harvest 6 months away I’ll need to make room by then. See my other entry today asking for how everyone uses their keif supply? 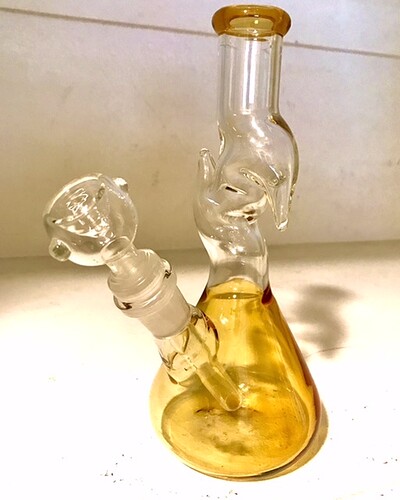