At first I wasn’t excited about the choice of strains as it was a slow starter, grew taller than we were used to and resin production started “later than we were used to” but once it decided to take off, I’ve become very excited and impressed. The resin production has boomed and is a super sticky variety, compared to others, with a definite lemony fragrance among the other nuances. The buds are thicker than avg and we look forward to a really good yield. I did limited trimming after an initial lollipopping and just let them go. 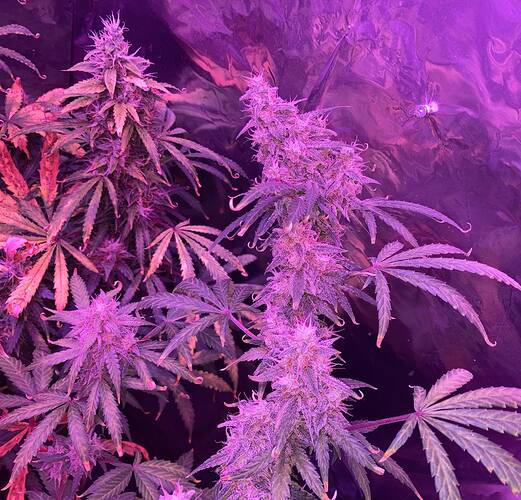 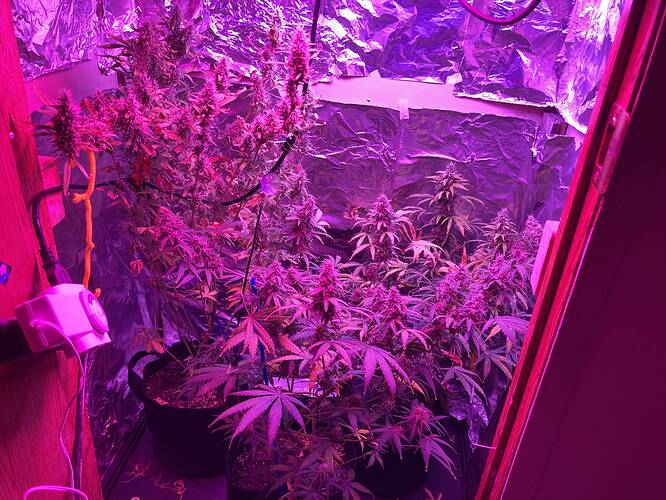 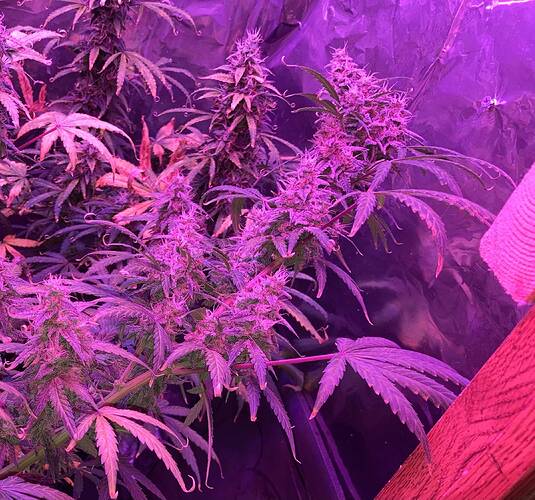