Anyone else notice foxtails on the blueberry×big devil? These girls are 10 weeks today and almost done. 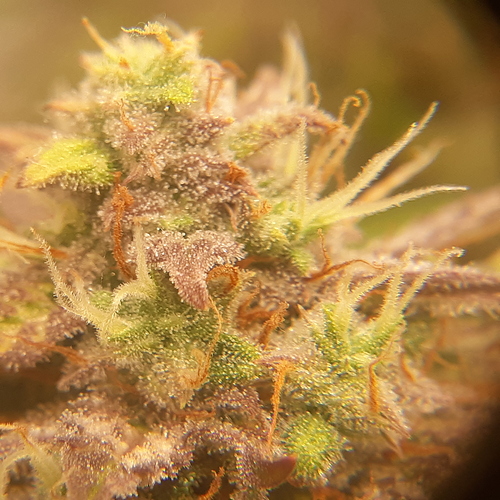 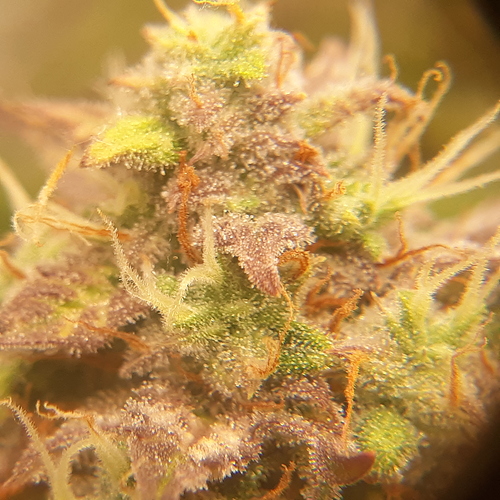 image900×350 131 KB
Buds that foxtail are not exactly detrimental, but they are not exactly beneficial either. The most glaring setback is that it breaks up the structure of the herb. Instead of growing into a rounder shape, it tends to sprout out in a more elongated way, ultimately leaving less of the plant for you to use. In addition, this process is a common indication that your plants are not properly ripening.

“Bad” foxtailing involves the occurrence of foxtails due to heat and/or light stress. This often manifests in calyces that form spires and make the bud look quite odd.
However, foxtailing is not always an abnormality. There are certain cannabis varieties that feature naturally-occurring foxtails, like in some Purple strains, or the Cole Train strain. This process is more common among sativa plants, specifically buds that were grown in tropical regions such as Colombia or Thailand.

Kim, think of Wheat / grass…the flowers foxtail…usually spiked upwards so they can attach to something. Animals get them when they run through the fields 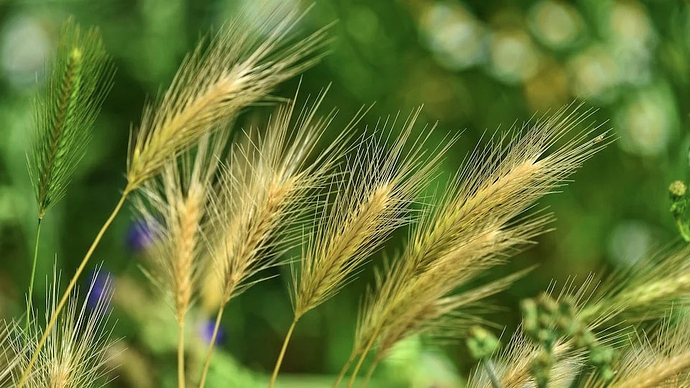 image960×540 213 KB
Foxtails are those annoying, prickly seeds that get impossibly stuck to your socks and shoelaces in weedy areas. The seed’s shape is great for digging into the soil but poses potentially dangerous consequences for dogs . Here’s what all dog lovers need to know about foxtails.

The seed is on a one-way trip to the inside of your animal. It won’t dissolve on its own.

Foxtail seeds have a sharp front tip that penetrates the skin or enters through an orifice, while the hooked barb prevents it from working its way back out. The seed is on a one-way trip to the inside of your animal. It won’t dissolve on its own

This is amazing. Thank you.

Since it looks like it’s trying to form seedpods, is it essentially the shell without the seed that just keeps forming? Sort of like: When a deep hole is formed in your skin, I would pack it with gauze to cause irritation on purpose in the hopes that your skin would begin to close itself, but if it doesn’t, it will keloid and form clusters similar to your examples. Hopefully, my explanation isn’t too wacky.

I understand that exactly. They do that with pilonidal cysts. Scoop them out and PACK. My wife has a skin crack in her large toe at the edge of her nail. It has made me think she has diabetic tendencies but there is so much post covid info coming out for those who have had mild cases, we just do not know. Haven’t been to the doc yet but I was thinking to PACK IT. We used to do that for cankers on horses legs…salve, gauze, pack and wrap.

Test her sugar? 60 - 100 is normal, 100-120 is pushing it, but not alarming. Get some plaintain leaf or I can send you a creme, I’m just waiting to see if I can join with my group again and reopen as a clinic. If so, I have just the thing for her foot. Also, last comment on this here since it’s off topic. Feel free to continue on mine or the random if so.

@Rye it happened with mine as well. It’s normal for the strain and it will still ripen and cure just fine. It does make it difficult to see when it is ripe though because the new calyxes popping up can block out the other trichs so I just harvested when the fox tail trichs were milky white around 13 weeks.

Does foxtailing tend to occur more with certain strains vs others? I think I remember this with a Peyote Critical I grew once, but I didn’t know what it was.

@kmac03 yes. Foxtailing is actually a survival trait usually found in indicas from harsh environments or sativas from extremely humid environments. It’s the plant’s last ditch effort to get pollinated before it dies. Usually around the end of flowering in the last week or so foxtails will pop up and they will be extra sticky compared to the other calyxes. If you let it go too long after fox tailing it will usually rodelize too…

Some will grow strange looking buds that look more like a fibonacci spiral than a traditional bud structure as it helps the plant prevent mold and disease.

Now look what you have done.

It makes total sense RE: harsh environments. That PC got stressed because we had a power outage and the alarm didn’t go off. Tent was 85%+ humidity and 95F for a couple of hours. It was awful.

I’m going to look it up, but what does rodelize mean?

@kmac03 rodelization is when a plant hermaphrodites and pollinates itself late in flower as a last ditch effort for survival. Not all strains do it but it can happen even with healthy plants if you leave them to ripen too long.

They are interesting, definitely heavy indica growth pattern, but I def got 2 diff phenos. 3 plants total 2 of them have dense purple buds with orange and green highlights, purple leaves the other is lots of white hairs on the buds, with purple underneath, light green leaves. The lighter one is showing brown and yellowing spots on its leaves, unlike any of the other plants regardless of strain. I’m pretty sure its hit cal/mag lockout, will find out over next couple days as I correct it.

I’m pretty sure all of the above occurred to the PC I was writing about. Thanks for the education!