has anyone noticed that fox farm ocean forest comes in 2 separate packaging or is it 2 different formulas? 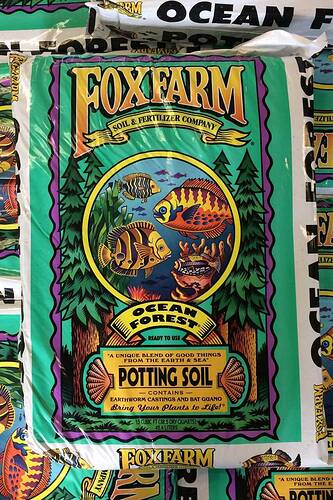 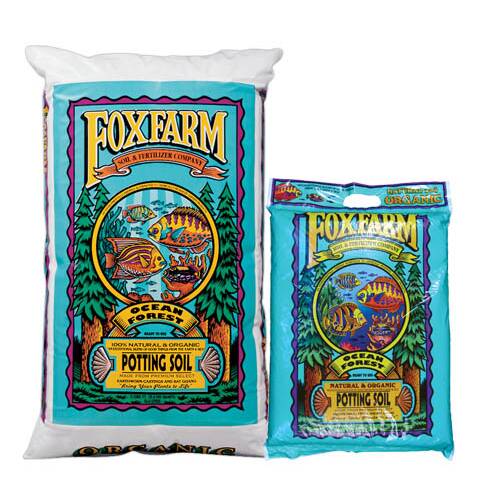 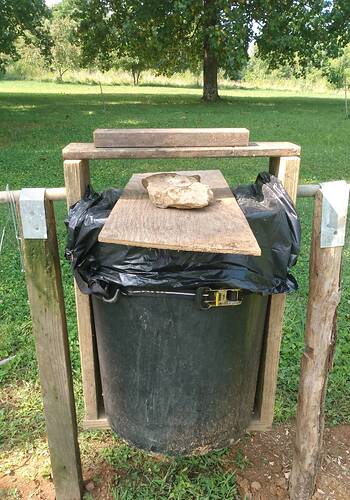 does it spin? or only tip…looks great…better than the PILE I had in the corner of my yard

@Mrb53004 the last bag I bought the texture was a bit different to me but I could be wrong.have you guys tried used coffee grounds in your soil? I hear it very high in nitrogen🔥

I add PLENTY coffee grinds to my soil, my compost, and my mulch…Careful as it is acidic and can affect ph

They have a few different mediums, fox farm ocean forest great for autos, happy frog a bit hotter, and they have a flowering mix, Fox Farms was sold to Monsanto so i no longer use bc there an evil company who are destroying our farmland with all the chemicals they sell so now i use either pro mix or roots,

Thought I’d add my latest soapbox issue concerning Ocean Forest soil. I’m a six season user with the 2 previous being organic with mycorrhizae supplementation. My soil has gone HYDROPHILIC, killing or runting nearly 60 germinated seeds. Thinking a soil born disease was the cause of my first round of photo’s in March, I spread and raked the soil in the sun for a week to sterilize it. I didn’t realize I was churning all the leftover rhyzomatic hyphae into a water holding dust. Since it’s density effects the soil’s ABILITY to hold water (not repel it) each of my next mixes of soil as this season ran by, had less and less, compost and dense additives, while adding more draining agents (perlite, pumice, sand, vermiculite and cactus/succulent soil) until the last photoperiod try had 50% of these agents TO NO AVAIL. My soil is still WET from the spring’s flush! THATCHING due to my raking my soil in the sun repeatedly to sanitize due to the 1st failures this season I believe caused a high build-up of leftover rhizomatic hyphae. This “hyphae dust”, I believe, settles between the draining agents clogging up my 21" tall buckets forcing the water table to within a few inches of the top regardless of the amount of draining agents. Has anyone else experienced older re-charged Ocean Forest soil, with the usual 20 to 30% draining agents added as well as mycorrhizal supplementation, becoming SO HYDROPHILIC that it raises the water table to within a few inches of the top to WET and stays that way regardless of withholding additional water? Plants’ root balls float atop this level, runting the plants that are not outright killed. That’s MY issue and I’m desperately trying to devise what to do with hundreds of gallons of seemingly wasted soil for next year’s start over. I’m growing a couple of autos with fresh 1st use soil that seem to be proving my point. Bruce Banner Fast from WeedSeedExpress are doing famously in fresh, loamy soil, vacant of any choking leftovers. Sure is picking up my attitude! I should have opened a whole new thread about THATCHING. Have you experienced or heard about it?

Ali, here is a repost about how I use coffee grounds.
Mike test a cup second run of drip coffee grounds. The ph is slightly acidic closer to neutral. The fresh brew is usually just below ph of 5. When I do put plants in pots I like to throw about a half cup of spent coffee grounds into the bottom inch of mix. That way it doesn’t grow clumping mold on the surface and the roots go right through it.

…Once the season is over I make a grid on my raised beds about 2x2. It’s a mental grid not an actual one with a rope. During the fallow season I try to dig as deep of a hole as I can in each grid spot. Then I try to do a mix of char and compost into each hole. Then I layer in as many leaves as I collect from around the neighborhood I can find In the fall. It all gets buried there in the older garden soil. Then I cap it with at least a 1 inch layer of coffee grounds. I have a little coffee stand up the road who loves to trade buds for spent grounds. Win win for all.

A side note about coffee grounds:
I have noticed that when I use coffee grounds as a cap I never have rodents burrow into my fallow raised beds. If I get lazy and forget about it once, they always seem to have a party in my compost pits. Coffee grounds make great compost in a growing bed too. But what I found is you have to spread them out very lightly and stir them into the soil. If you don’t they will actually cake up and make a hydrophobic layer on top of your soil. This will prevent your plants from getting water to the roots. All your water will just runoff to the side . I believe there’s some sort of fungus that grows in the coffee grounds that makes this mat so thick and hard. It looks kind of like the dog vomit fungus if you’ve ever seen such a thing. Anyway the coffee grounds left in a mat are counterproductive in a growing garden. If you put them in a growing garden just make sure to scatter lightly and stir in. Also, used coffee grounds have a neutral pH. They are NOT acidic contrary to popular belief. All the acids in coffee are water soluble and goes with the water into the pot that we drink. The spent grounds test closer to neutral.

Interestingly enough though, day-old coffee itself is a great liquid pH down. It also has lots of tannins in it which is great for the soil. If you fight high pH or KH in your water (like a well or limestone aquifer for your tap) day old pot o coffee is a great pH down. Try it.

I use coffee grounds,ground up egg shells,pealings from all fruit and vegetables,wood ash, ground up chicken bones,leafs,grass clippings, weeds i also use my compost in garden