So near and yet so far… This is my first serious grow and a few decades. Sure I tried growing some “Bag Seeds” back in the day, but never did I get to sample any as each time they either did not survive or were ripped from the ground before I could harvest them. I was determined this time would be different. I had knowledge at my finger tips and a great source for beans (TY HCC)!

Months for hard work and time spent caring for my girls, Two GDP and two Pure Indica. I read about pest management, thought I had all my bases covered. Never saw this one coming until it was almost too late for the bunch. 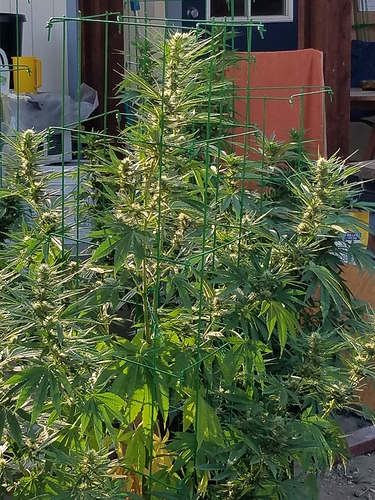 Yesterday while observing the girls I noticed on the largest PUI one of the tops had flopped over. As I wrapped my fingers around the top it literately crumbled in my hand and fell off. WTF? I thought. Grabbed the loop and inspected the flower. At first it appeared to be the dreaded “Bud Rot”. I check the whole plant and found two more flowers with what appeared to be bud rot and sure enough they fell apart like the first. I set the tops aside and did some research while I cried to myself inside.

Today I mustered the strength to go out a survey the situation with a clearer head. Sure enough I found two more tops on the same plant. When I checked the flowers again I was able to identify the root cause. This time it was staring me in the face… 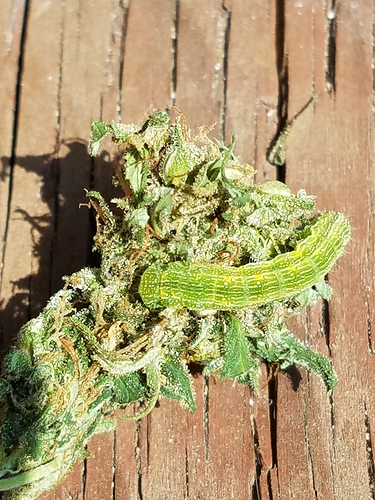 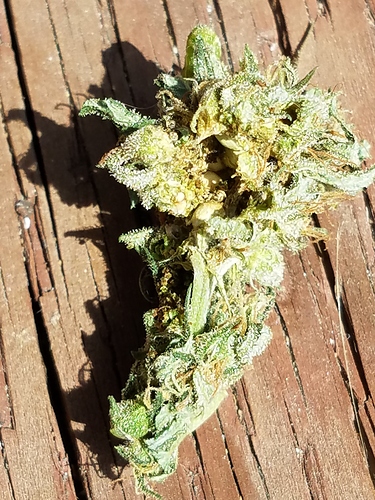 The damage is extensive on the inside however, the outward appearance of the flowers looked great!
These little eating machines work from the inside, destroying the flower and leaving alot of poop behind. By the time the outer parts of the flower show signs of damage it is too late. I had to remove several tops. Such a bummer cause even though she is very sticky and sparkly and sweet smelling still has four to six weeks to go… 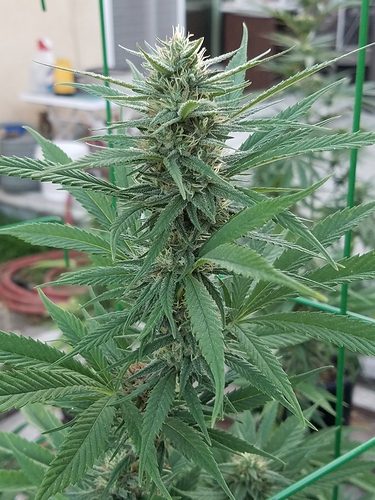 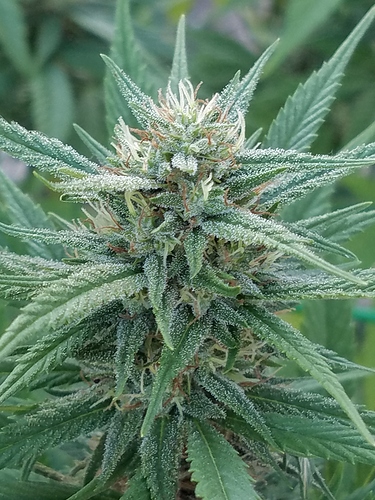 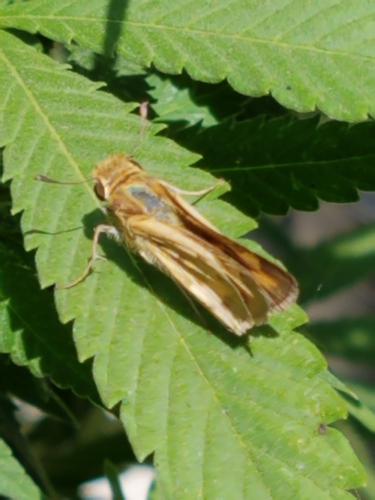 Also after dissecting one of the flowers I found seeds. A few look to be fertile and others not so much. I did find a few nanners on her and pull them as soon as I see them but we did have a week or 100 degree temps here. At this point anything is possible. 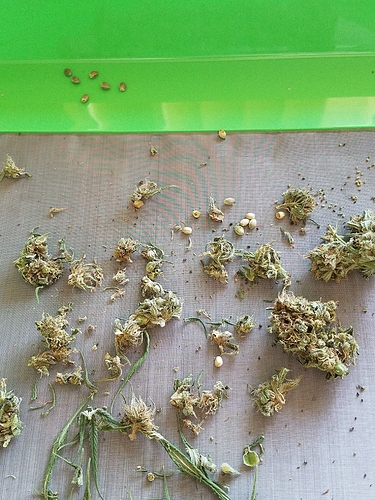 I did salvage two tops for a quick dry and short cure just to test. Not sure if I should cut my losses with her and focus on the other three or try to save what I can. What does the community think, flush now and chop or stick it out?

Next step: Ordered BTK (Bacillus thuringiensis var. Kurstaki) OMRI approved to combat caterpillars. Only problem is they must consume/ingest it, then they starve to death because it blocks the digestive track which takes 2-7 days. Also ordered Spinosad which I understand work on contact or ingestion and also on other bad insects not just caterpillars. Should be here in a day or three. If anyone has any experience with either I could use your input.

Thanks for reading this far!
-Random

They were looking so nice!

I’ve never had caterpillars before!

You’ll be able to salvage a little, right?

Never used bt on cannabis before only on my veggies. I will tell you to get a UV flash light, cabbage loppers, hornworms and several others glow under a UV light. It makes spotting them super easy even when they are hidden inside leaves etc.

I make a thrice weekly Nighttime inspection with the UV light now and hand pick any I see.

Thanks @Khatru I think I can salvage some of PUI2 even if it’s not the big colas I was hoping for. Never count your chickens…

Thank you @Rye I did read that somewhere, black light makes em glow. Really good tip and will pick up a hand held one tomorrow.

Too bad about those caterpillars @RandomNirvana, nice looking plants. It might help drive away the caterpillars/keep them away if you mix some unsulphured molasses with water and make a foliar spray for any new plants. (Though this is only a guess as molasses helped me with a small gnat problem)

Ur situation is very detrimental, but! I cant help but to think about pineapple Express when they were in the woods getting the Caterpillar high

I needed that this morning.

Oh yea man, what kind of pesticide are u using?

Up until this point the only problem I had was those tiny black Argentine ants. Liberal DE dusting of soil and ground around the pots have kept them at bay. Otherwise nothing.

Since they are in flower stage my choices are limited. Others have reported good results with BTK and Spinosad (Captain Jack’s Dead Bug) for their caterpillar infestation. I ordered both, should be here tomorrow or day after. Also ordered a UV black light as per @Rye suggestion. Looks like I’m going caterpillar hunting tonight.

I haven’t grown cannabis outside, but see below for something I’ve used for other outside plants:

The BT should help take care of them. Just spray early morning or at night so it has time to dry before the sun is too intense. Good luck and grow on.

Thanks @kmac03 for the recipe. An old friend suggested a hot pepper solution but couldn’t remember the details. Will get some fixins next time I’m at the grocery store.

UV Black light came today as well as the BTK. Going caterpillar hunting tonight then I’ll spray them all. So far only one plant is noticeably affected but not holding my breath on the others.

Thank you for the tip @Raymundo

I forgot to mention, be careful of your eyes when you make that up.

And wash your hands REALLY good before you go to the bathroom as well after making that.

did i miss a joke?

i had these little flying nats in my soil.

i put 10 cups Full to the Brim of water in that tent. Everyone of those nats Drown to my Applause