Why are my buds so light and fluffy

So I have cured my 4 gorilla glue #4 plants, the harvest was less than expected but the quality is amazing, but however my buds are light airy and have no density what so ever. I used Mars Hydro 1000 watt led light. I need help with my second grow, thanks in advance

Getting in this thread cause I would also like to see the responses.

So, to sum it up:
What causes loose airy buds?

Loose airy buds are generally caused by lack of nutrients, improper lighting, and hot temperature. But you can still end up with the same problem if the nutrients are too much, the temperature is too low, the airflow is poor, or the plant has root problems

Keep your eyes on some / all these things

Thank you for you knowledgeable insight, I guess I need to explain my grow room a little, I started with 4 gorilla glue #4 feminized, I was using a Mars hydro 27x27x63 tent and Mars hydro 1000 watt led, during flowering stage temp was steady around 78°, I’m using super soil mixture in my organic soil, after 3 months I felt they used all the nutes so I started using fox farm grow big, big bloom and tiger bloom until the end, I harvested 3 plants in December at Christmas but the last wasn’t ready until February, I also let it grow longer than the others and put in dark for 3 days before harvest, I don’t know where I went wrong, the buds were nice sized, have a great taste and very potent, just fluffy. I have moved up to a 32x60x80 mylar grow tent, I have 2 Mars hydro 1000 watt led lights, 3 gorilla glue#4 feminized, 2 amnesia feminized and 3 Gelato feminized all in super soil, 18/6 lighting, 45-50% humidity, 60-75° during night, 80-85° daytime, should I add a different light spectrum for flowing

That is a little hot for daytime unless your girls are only a few weeks old and you are pumping CO2 in there. What temp water are you feeding with? Your night time temps are spot on for day/night. From 60f low to 85f high is a BIG SPREAD and you are at the extremes. Can you cool it down a little, increase exhaust / set at a lower temp? Can you lights off in the day to help lower the heat?

@gmac do you have any photos? A picture would help greatly to dial in the issue of the light airy buds.

I’m trying to upload a pic but it keeps saying my file is too big, I need help with this. 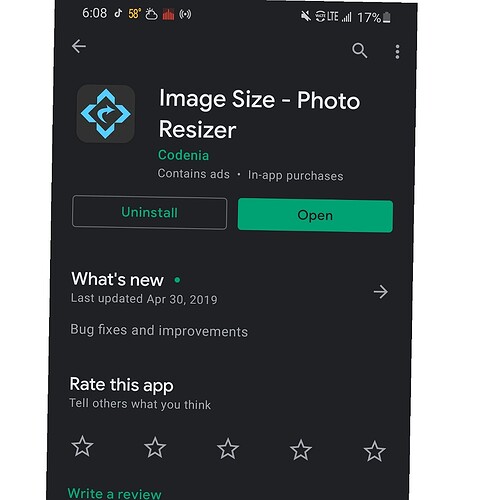 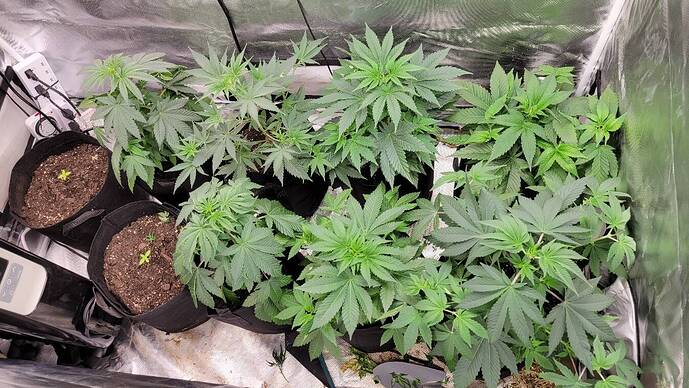 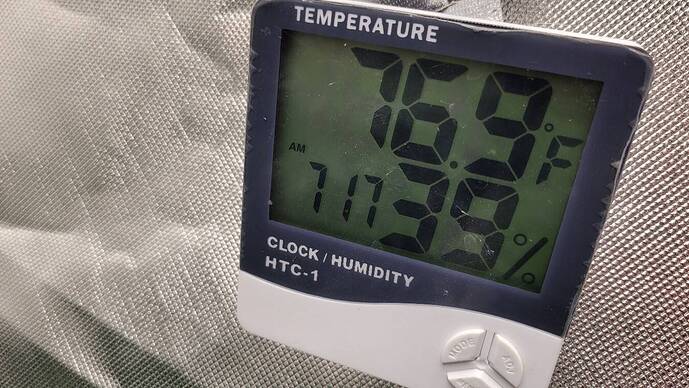 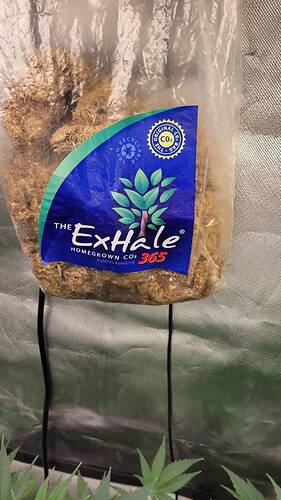 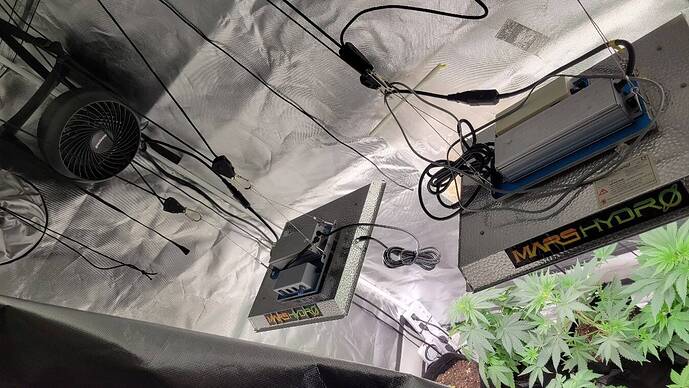 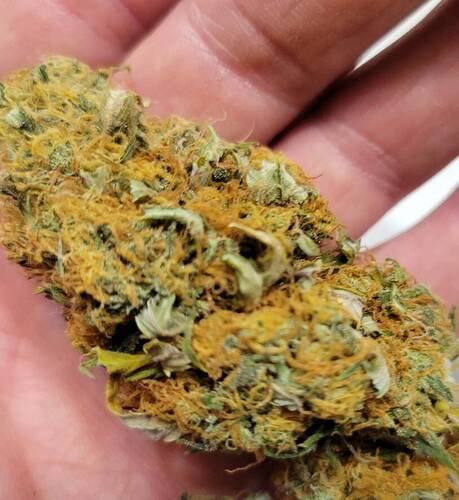 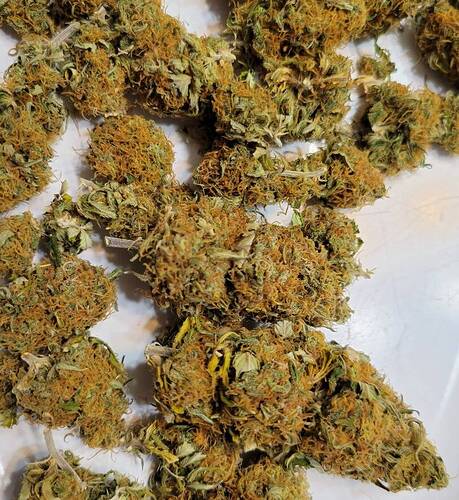 Mike is spot on about heat issues.I noticed that your fan looked like it was high up in the tent.I was wondering if you have a fan that cooled the are between the light and the tops of the plants?Your humidity levels seem good though.Nice strain.

I only have 1 fan, but my temps are under control, 78° is my daytime high, but a spring sets in it’ll be harder to keep them under control without adding an air conditioner, starting my second grow in Jan it has been easier to maintain steady temps, considering my grow tent is in my garage. Thanks for all your insight

Another thing with those mars ts 1000s is you don’t want them closer than about 18 inches during flower because too much light can actually stunt bud growth by dehydrating the flower and not letting it swell.

Make sure to water properly as well and try using some kelp and molasses for auxins, micros, and a potassium boost. They help buds fatten and frost up.

Thank you ,that answered on of my problems also.Does density affect potency?

No, I found it does not (I, me, my opinion, not meant to be the correct answer). Others state that it does becasue when you get dense buds, there are more trichomes and more terpenes in a smaller area which results in a higher concentration of THC/CBD, etc., in a given area. Density does not equate to potency. I have gotten the same effects off dense bud as fluffy buds. When I grow outdoors and we get EXTREME SUMMER HEAT, sometimes density is affected but not my potency

@Artalert dense nugs do not equate to potency. Healthy plants equate to potency. Sometimes healthier plants will have denser nugs but this isn’t always true because it varies with genetics. You just want to make sure the calyxes are swollen and healthy. Indica or indica dominant strains typically have denser buds than sativas on healthy plants, but phenotype variances can still give them lighter nugs like you would find on a sativa and they can still be potent.

Sativas usually don’t get very dense like indicas but you still don’t want them looking larfy. You can tell if sativa buds are healthy by looking at how the calyxes swell as it grows even if they don’t bunch together tightly. You still want them to have nice firm swollen calyxes though because it’s a sign of proper lighting, watering and nutrition. If they feel super light, soft, or spongey it’s a sign there’s a watering, heat, humidity, light, or nutrient issue.

Now here’s where the whole dense nugs are better thing really becomes an issue. People will decide to grow with synthetic PGRs to give the illusion that their buds are big, healthy, and potent because it’s common for people to think that big dense nugs are better. This is not a good thing and people should learn to look out for it. When grown with synthetic PGRs nugs get super dense and hardball, they will get super “hairy” with extra pistil growth, they will swell, but they will lack frost, color, smell (pgrs cause loss in terpenes), and lose potency. They can also feel “spongey” which is not good either. Synthetic PGRs are linked to health issues and increase carcinogens in cannabis and they can not be flushed out. Synthetic PGRs are no good and buds grown with them should be avoided.

Thank you , I grow indoors but was not aware of the correct temps.

Thanks for the the breakdown, I don’t know what PGR is so I am not using them😂 but I will be more aware the factor you mentioned,thanks again!

My only experience with hormones is when I went through menopause and put on hormones…six months later I had a mustache that rivaled any man on earth… I don’t do hormones anymore!