July has been a scorcher. Every day above average temps so far, many days near 100 degrees. I’m at 3500 feet west of the Continental Divide. My hoop house is 50 by 13 feet, made of 20 foot PVC pipe that form hoops. One layer of mesh shade cloth on the top, and one layer of clear plastic “grypholyn” which is a clear plastic with a scrim in it. The grypholyn is pulled up four to five feet on each side of the chophouse so that air can flow in through the mesh shade cloth. Three longitudinal raised beds in side the hoop house, one on each side and one down the middle. The raised beds are watered with driplines. I grow heirloom tomatoes on the raised beds along the sides, and peppers, herbs and a small amount of cannabis in the center raised bed.

Temps go to 110 to 118 degrees inside the hoop house during the worst part of a hot day. All three sets of plants flourishing so far.

So,…three ways I’ve been dealing with the heat - thought I would share and so if some of the real pros on this forum would give input (I’m only an intermediate level grower at best - I’m a better tomato grower than cannabis grower).

One - plants are in two and three gallon cloth pots in Ocean Forest soil and buried into the raised beds. The raised beds themselves have soil that has been developed for years through kitchen scrap compost and pre-seed alfalfa clippings. I’ve also added organic fertilizers to it at times. Moisture is always available to wick into the cloth pots and the temps 6 inches down into the raised bed are about 60-65 degrees. So the root systems are cool and always have moisture and nutrients available.

Two - three ten inch fans running off solar power keep the air moving inside the hoop house. These are cheap plastic fans from Wal-Mart that run off 9 volts. I use a 1000 watt-hour battery with a built-in inverter and two 100 watt solar panels to run them almost all the time. Just keeping the air moving a little bit helps a lot with the high heat.

Three - I ‘make it rain’ three times a day in the hoop house with a garden hose. Just a little five minute misting rain, not soaking, during the really hot afternoon hours. That will instantly cool the hoop house down ten degrees and helps to serve the increased transpiration needs of all the plants in there during high heat.

Those are my heat wave techniques. Probably helps to have seeds with good genetics from Homegrown. I feel like if I had plants from Mexican Bag seeds (like I’ve grown for a few years) in there I would have mutants and nanners all over the place from the high heat.

Any comments or other ideas? - Praying for rain and cooler temps in the mountains. Will include some photos later.

Hey @TSATF I think you are doing the best you can without adding AC. With the misting I would just watch to make sure water doesn’t stay on the plant for hours or else you know what will grow instead of your lovely plant

GREAT Article…some pics would be really really nice
question…how or does the diffusion of light becasue of the covers affect growth / photon penetration of light and does it change the spectrum at all?

Thanks, Mike. Photos coming. The shade cloth and the gryphon each cut out 10 % of the light spectrum, so you’ve got 80% of the light spectrum left, according to the manufacturers. That’s always been more than enough. Losing 20 % of the UV spectrum is a good thing - I feel like at 3500’ I have too much UV. I have to grow tomatillos outside in the direct sunlight because they won’t grow well in the hooper but for the first couple months of their growth, I feel like they’re telling me that they’re getting blasted with too much UV.

IMG_13281800×1715 458 KB
White widow autos (the two colas, sorry the second one is out of focus. 2-3 more weeks? I guess. THey’re at 80 days but they just keep going and going and seem to be happy, so you just keep going, girls. You tell me when you’re ready to be harvested. Foxtailing a little bit and I’m checking for nanners, but beyond that just along for the ride. Might try some ice cube watering. Thinking that because of the heat the buds will be a little more airy but they seem to be getting heavier each day.
Mrb53004 (Mike) July 20, 2021, 10:33pm #6

Living in Vegas, I understand AIRY from the HEAT we endure. Thankfully it has not affected potency, just the thickness of the buds. During the HEAT season, I expect and welcome foxtailing…one of the few ways to add weight to the plants. Experience allows us to cultivate when we are told to.
Nice plants, good growing my friend!
PS -on the hoops…did you add a mister line or do you do it manually?
I like that you sink cloth bags in the ground. I sink 2/3/5 gal cloths in 14 to 40L/50L pails. I sink about half way…I am trying to come up with a cloth bag with a detachable bottom. Then it would serve much like when we stack rockwool cubes in larger cubes (on a hydro system).

I do it manually, with a kind of twisted, contorted dance with the garden hose to try to keep from spraying water onto the electrical connections for the fans - but I know the kind of misting emitters for driplines that you are talking about from when me and my wife used to manage our local community garden. Worth thinking about - I have extra spots open on the water manifold that can be controlled by a timer.

Would a velcro ring around the bottom of your pot work? Then the bottom comes off when you pull the velcro apart? I don’t know, I’m a woodworker but in a past life I know about industrial-sized sewing machines that could sew velcro, heavy canvas, nylon web gear, heavy materials - I’ve often wished I had that capability - my go-to method for attaching velcro to something is two-part epoxy. “It ain’t pretty, but it rarely fails.”

Was thinking velcro but the labor and cost far outweighed just buying 1 gal and cut off the bottoms when its time to transplant. They are so cheap…
something like this? 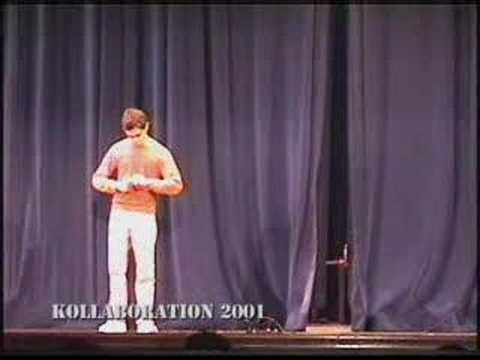 Exactly like that!
Just slower and with coffee breaks.