The first batch, 3 Durban Poison and 3 Critical Mass were started on the Equinox in March. Spent the first 6 weeks under lights, transplanted outside on May 10. They are all vegging nicely. Longer direct sun would be nice, but discretion is more important here on my small city lot.

The second batch, 2 Early Miss Autos, 1 Frankenstein Auto, and 3 White Widow CBD Autos were started on May 21. My vegetable garden has started to fill in, so I am camouflaging my little autos closer to the street, which gets longer direct sunlight. All these second batch plants are struggling, mostly due to weather extremes, I think. We have had days in the 50s, followed by one day in the 90s, followed by three in the 50s, then back to 90s for some days, then 60s, currently we’re on the third day over 85. All my veggies and weed, started in this second batch are small and not growing much at all. One Early Miss is really early, she is starting to flower barely 4 weeks after germination. 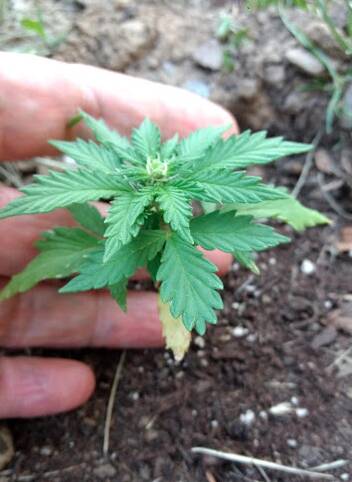