https://drive.google.com/file/d/1TzguYJCt4MTcCF9F7bm7HSkaR5Kj9WJ7/view?usp=drivesdk
Those of you familiar with monster cropping please take a look at these clones. They were snipped from the mother while she was starting week number two flowering stage. That was 12 days ago and they were immediately treated with root powder hormone and placed into the 4 inch pot with Peet and vermiculite and misted with aquarium water three times a day and placed into a dome. Humidity was kept between 80 and 90% with a marsHydro TSL 2000 light 30% power at about 18 inches height and a seedling heat mat which kept the dome at about 78°F. The reason aquarium water was used is because the pH was perfect in that that water and very slight amount of nutrient due to the fish waste. The reason I say the nutrient level is very minute it is because this aquarium water is cleaned and changed frequently with tremendous bio filtering. There is new leaf growth and am fairly certain there is pretty good roots down there because they are firmly planted in the medium. 24 hours ago they were moved into the vegetative tent currently 65% humidity and 72°F With fan on low just enough to make the leaves dance slightly. The question the grower needs to know, is what to do next and overall what is your opinion on the current state of these? any help will be greatly appreciated and the grower promises to return the favor in the future on these forums as he becomes more knowledgeable and experienced. Thank you! 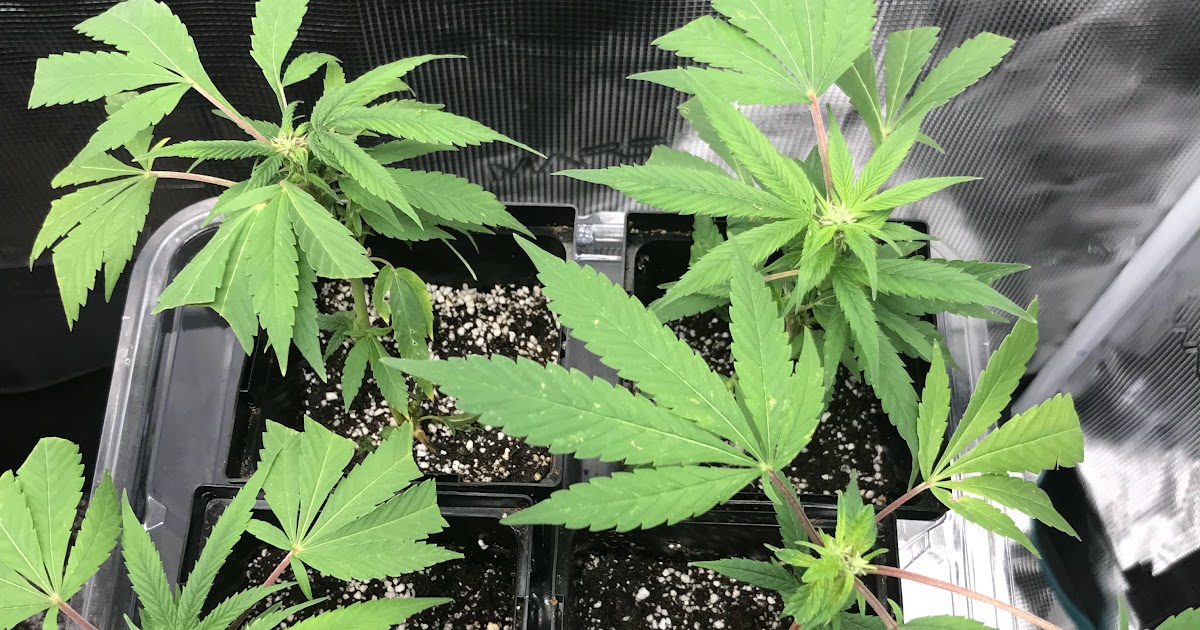 You are good to go. If they are still standing up after 6 days you made it. Roots sometimes don’t poke out the bottom for another week. They often go limp a day or 2 and then stand back up. Its when they don’t stand back up that you worry. Anyway, since you monster cropped them they will take a lot longer to vegatate again. Sometimes more then a month. If they were from a vegetative plant they start growing again once they root. The flower hormones take a while to wear off and the plant won’t get the urge to vegetate until then.

What are you running the clone lights at.? I think giving them 24hours of light is helpful at this point to get them into vegetative growth again. Once you see growth (stretch or new leaf) you can drop an hour once a week until you hit your preferred veg light hours. Or just flip em to 12. Depending on how big you want them. You know the rest.

I love the aquarium water bit. I am also a fish nerd🐟. I water my clones all winter long with aquarium water. Squeeze out your sponges or filter cartridge. The fish goo is great for the plants. Unless you have a rift lake tank, too high ph.

Actually I just saw week 2 of flower. They should hardly slow down then. I thought you were later in flower. L​:eyes:king good.

Wow. Good news. Thank you. Lighting was 24 hours for probably the first five days and then cut back to 19/5 but I like the idea of gradual cutting back in the future. did you ever have any issues with pathogens transferring to the plant with fish water? I haven’t seen any confirmed cases, just a lot of surmising out there. Why do you only use your fish water in the winter? Thanks again

did you ever have any issues with pathogens transferring to the plant with fish water?

I have never had a problem with pathogens. If the clones don’t take they will be dead in 48 hours or so anyway. I take hundreds of clones every season and usually have about 90% root.

I use it because it’s dechlorinated, loaded with denitrifying bacteria (I believe they out compete pathogens being there, even though aquatic denitrifying bacteria don’t directly help plant’s roots), has plant available nitrate (no tank is at 0.0 nitrate unless there are no fish plant only. An average tank usually runs 30-50ppm nitrate well maintained. Fish don’t get sick until over 100ppm nitrate), it’s warm (cold winter roots), and proper ph. My tap water is too soft and too low ph. I build it up (like RO water) in the aquarium. My tap is 24hours at rest at ph 6.0 and KH <2. So the ph just drops if you don’t add some minerals first. The aquarium is a great place for me to do that. It’s a 120gal with 55gal (refugium live plants) sump.

But mainly it’s because it’s right across from my clones and I am lazy when I get too high.

Where did you hear about pathogen transfer from aquariums? Was it closed system aquaponics with fish as the N source? Racking my brain, that is the only time I think it would come up.?

Those systems are most frequently run on gold fish waste. I think the farming practice of fish meal goldfish is the source of pathogen transfer than the fish or even aquarium itself. What I mean is the cheap feeder goldfish are like the corn field (or chickens) of farmed fish. They are inbred and monocropped in massive fields of ponds. Goldfish are never healthy when they arrive at wholesale and retail level. No one cares because they are like .02 each. They just pack more. I don’t have an agenda against goldfish farmers. I am just stating the fact that these farming practices cause rampant viruses and parasites to be virtually a constant for these fish. Then they shit it on your plants. Hope that makes sense. I would not use goldfish on an aquaponic system unless I quarantined them for a year. No exaggeration.

If you ever had a happy tank of fish and then had someone drop in a feeder goldfish. You know what I am talking about. Your tank soon after became “sick”. Sorry for the long ramble rant.

I think you are doing great. I do have one last subtle tip. Take 2-3 in each pot. That way you have one to pollinate. One to gift. And one to keep. (Never because they die right? 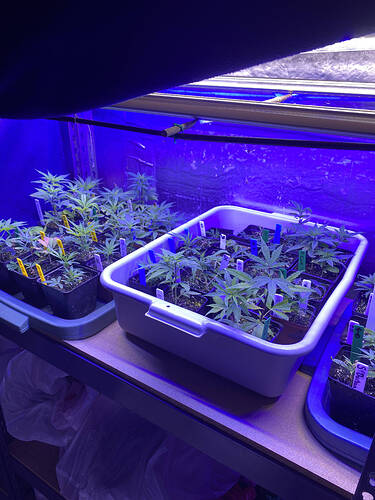 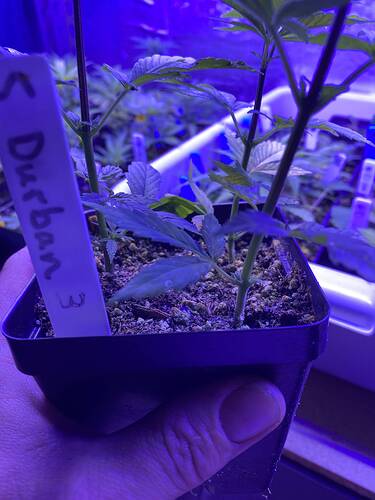 I’m embarrassed to even mention Reddit, but that is where I read about possible pathogens. However I hesitate to admit because most of Reddit is bullshit.

Awesome information, thank you very much for the effort in this reply.

In the summer I don’t run indoor lights at all. I actually just pulled in my clones this past weekend for the season. I take the cuttings and root them all in the sun.

So when I change water I stretch a hose out to the raised beds. But I don’t change water just to water the plants.

My raised beds are pretty far from my garage, clones, and aquariums. My aquariums are why I cannot grow indoors because all my circuits are maxed.

Also, my raised beds have been heavily amended for 16 years with compost and char and chips so I don’t need the nutrition from the aquarium waste water. Or I run it out to one of my many fruit trees. My lot is also bisected by a very small creek (spring fed) so I just snag water from there with a watering can for daily splashing. That little creek flood plains north so they could never build there. That makes my lot about twice as big as the average lot in my neighbor hood. For me and all my neighbors along the creek. It gives me the privacy I need for all of my experiments with plants.
And all my neighbors are cool with the green.

Looks like a calcium deficiency. If the media is coco based, it’s probably a QC issue - they didn’t “buffer” it properly.