Looking for any comments, tips, or scrutiny! 2021 grow!

So I only jump on here every now and then, but I was honestly looking for any tips or comments they are just photos but I was extremely happy, I grew the following, 2 blackberry gum autos from seed stockers, 2 gelato autos from Herbie’s seeds, 2 pineapple glues fr advanced seeds, 2 blueberry gum from advanced seeds, and two zkittles from Herbie’s seeds.
It was total kaos but well worth it buttttt but, one of the seed stockers was absolutely huge, after 16 weeks the buds were huge but no crystals. Well I took her down threw it out back and forgot about it. 2 weeks later I walk out and it was full of fresh growth but it was growing very strangely, and it stank! When I cut it down the first time, it didn’t, I’ll include those also.
I’ll try to hop on here and explain my newest grow. It’s unbelievabley frustrating sometimes as I sleep walk. I had sucked it up and spent 120$ on ILGMs white widow auto, got up the next day I had put them in a shot glass of water over night. And the cup was upside down on top of my fridge, I couldn’t find them! They were in my closet. Well 2 weeks later I was moving my tomatoes out to the garden (outside) and low and behold 2 little white widow plants!
I was so upset as i don’t do anything drug wise, so it was a big loss persay. After breaking both of my feet at the same time when I was 15, a surgery every year in highschool I was addicted to pain pills, well I didn’t know what I was doing at 15-19, I was addicted at 19 and I swore on my life that I’d never EVER get on some dumb

like that again.
The preconceived notion of marijuana is a sad occurrence, truly. My father broke his back and neck at the same time during a construction accident. And when he got his medical card, it took him only 6 months to go from 160mg of oxycottin, 4mg of Xanax, 90mg of oxycodone, and 700mg of soma… A DAY! Now he only does 30mg of oxycodone a day. And if anyone knows about medication like this, which is a blessing and a curse at the same time. That is one hell of a accomplishment!!! I honestly believe it saved my father’s life, and he’s a airborne ranger, he ain’t no slouch lol.
I digress, I’m getting ahead of my skis. I lost a few of the pictures after dropping my phone in the sink, I will look for more here shortly. So take it as you will. All comments tips and even scrutiny is welcome & appreciated!! 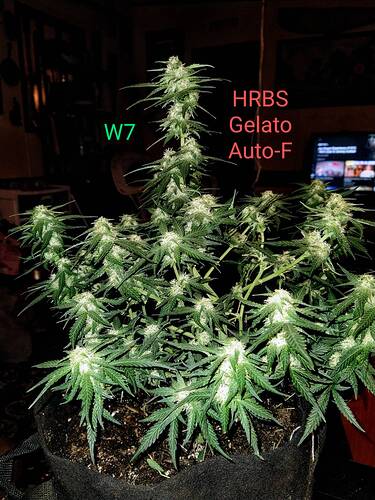 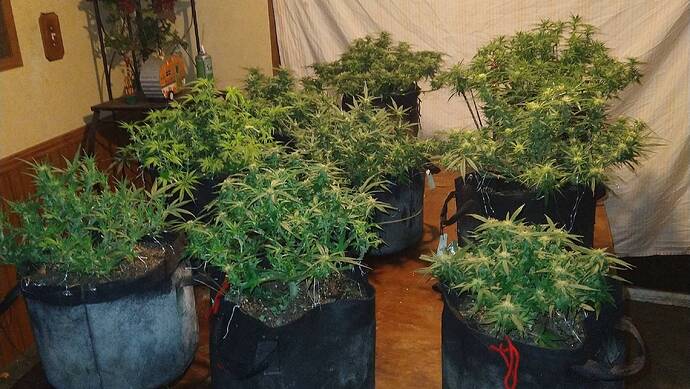 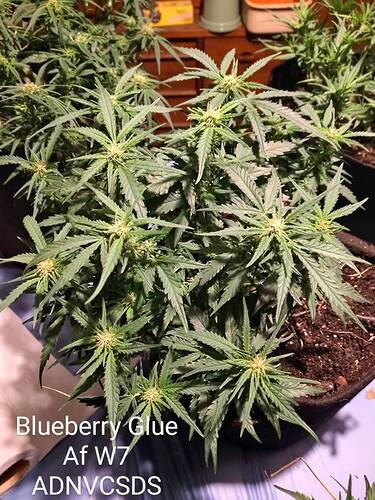 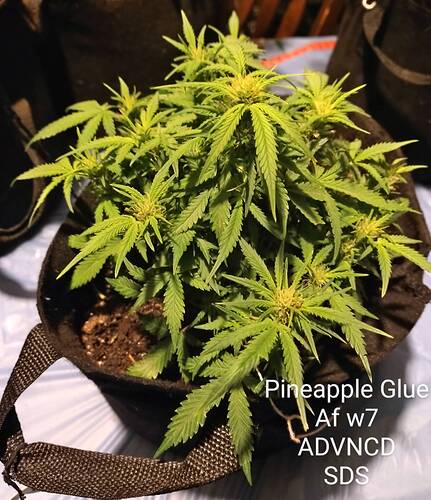 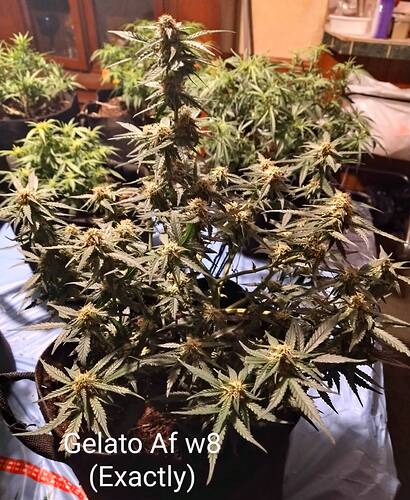 Ps. I will try n do a update on my current setup here in a bit. 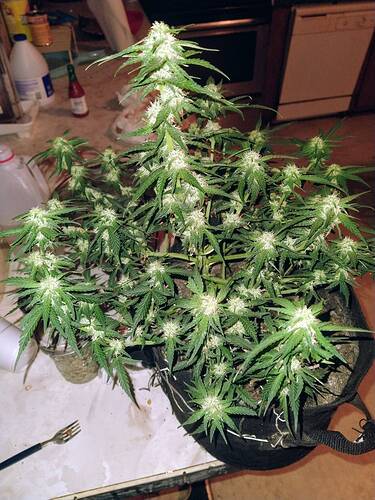 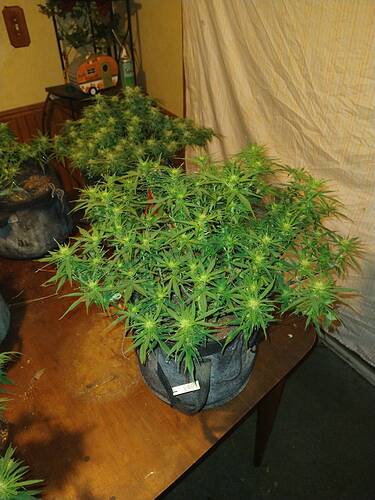 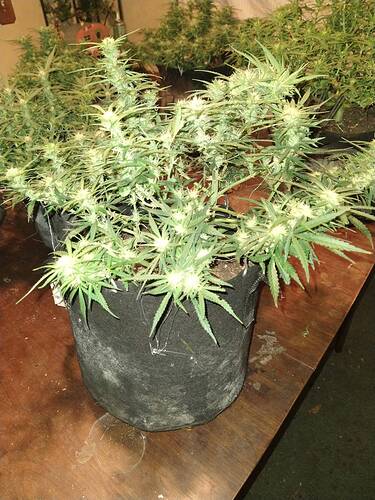 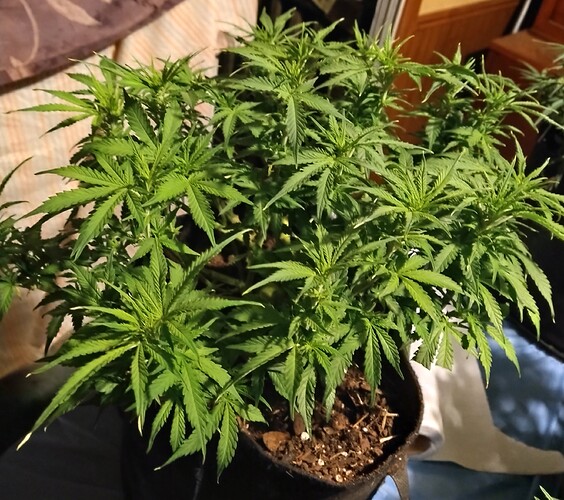 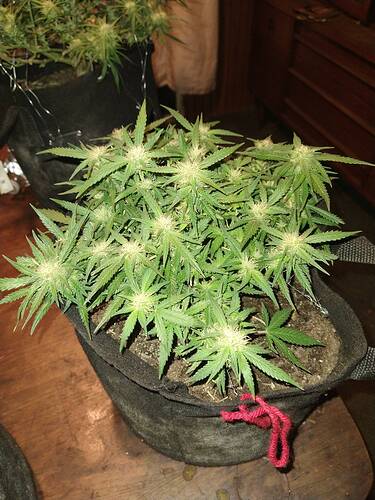 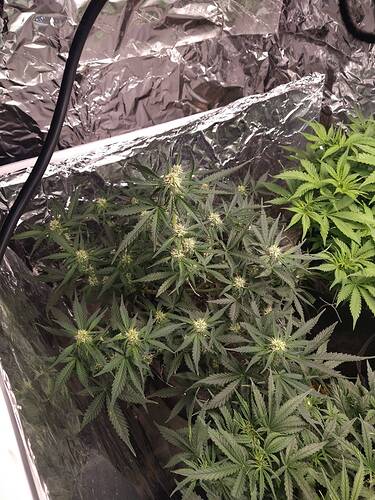 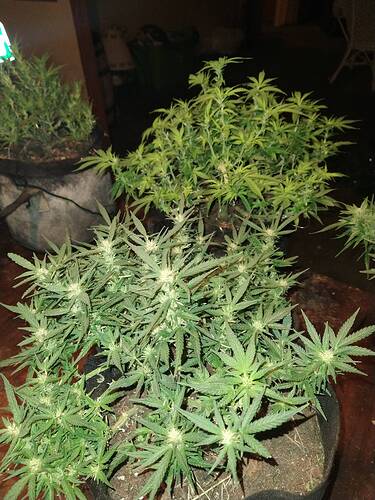 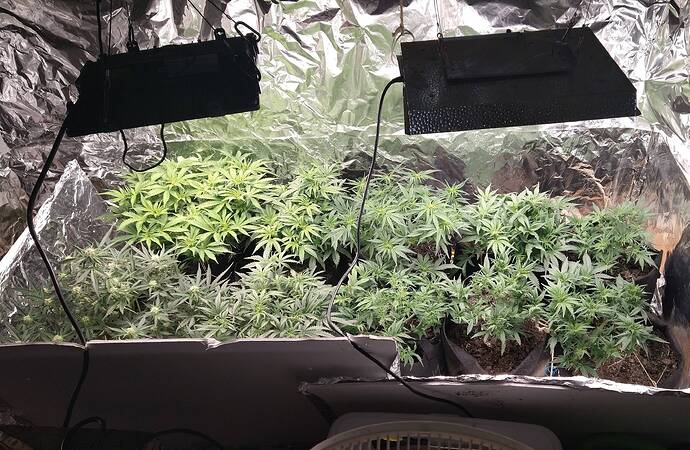 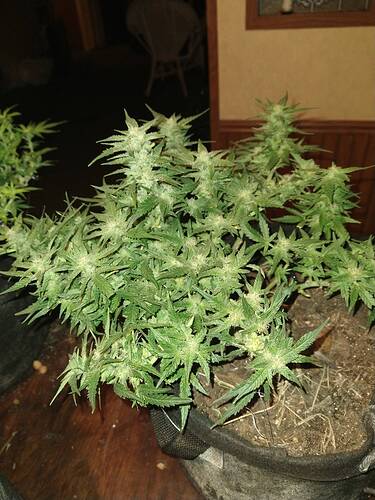 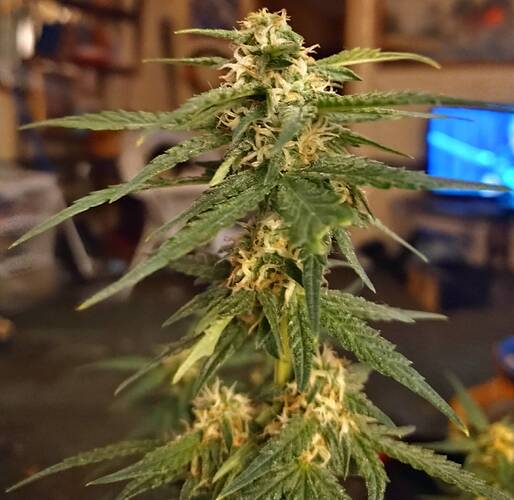 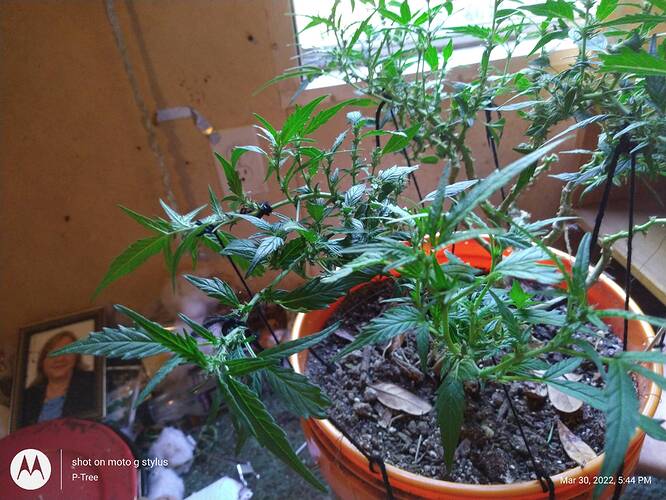 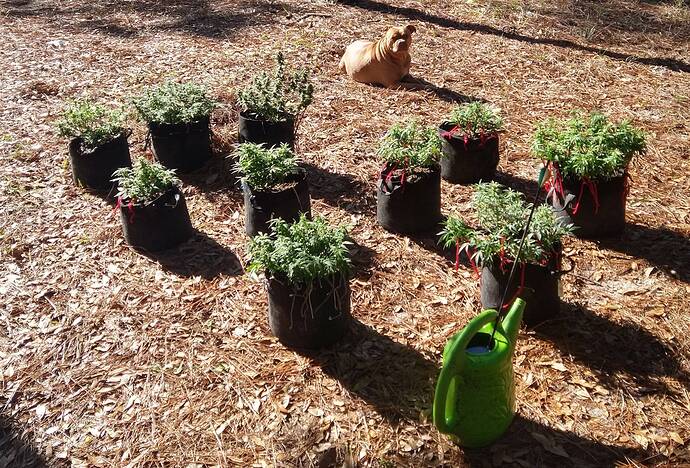 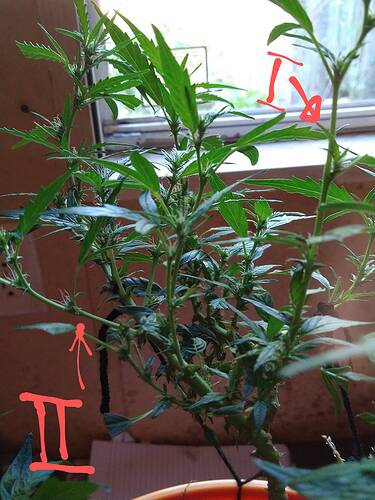 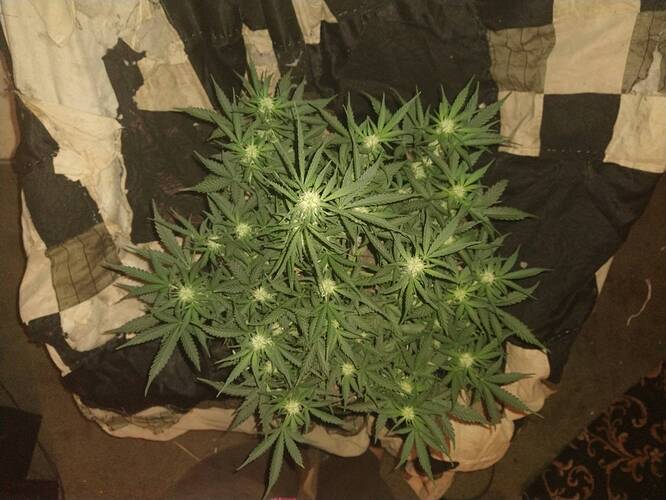 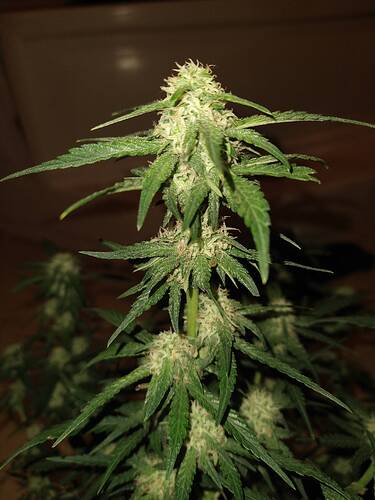 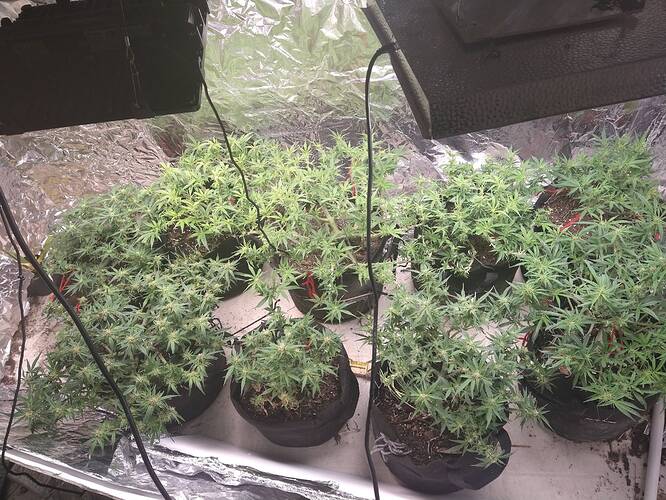 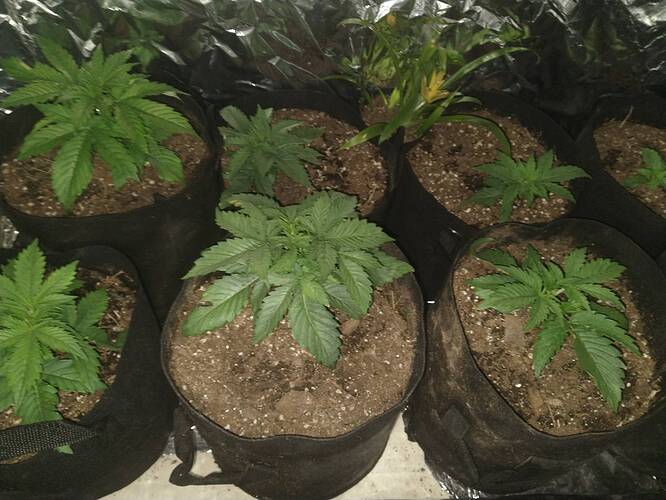 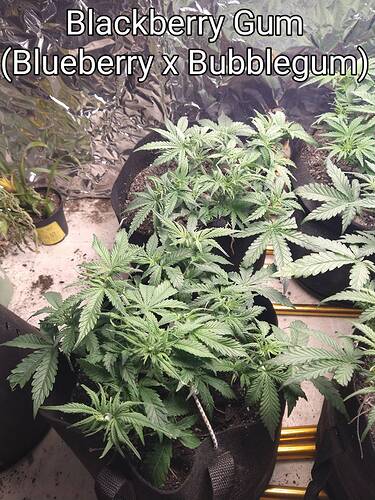 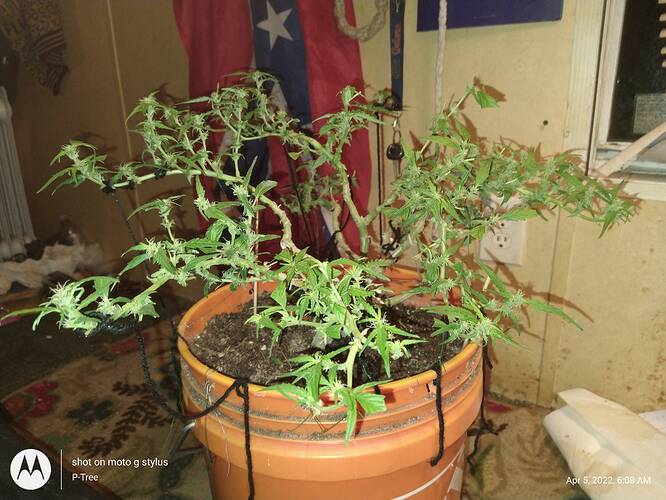 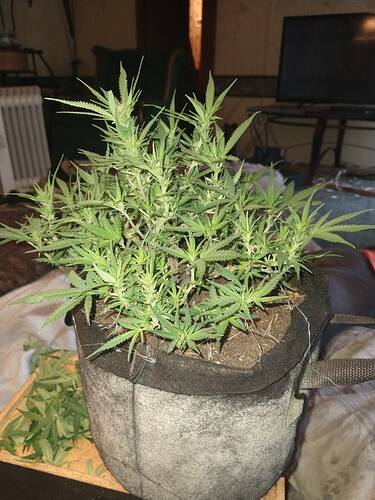 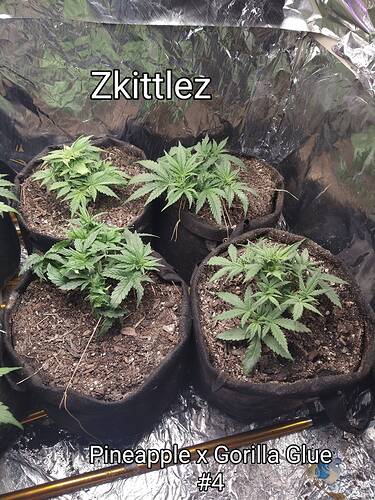 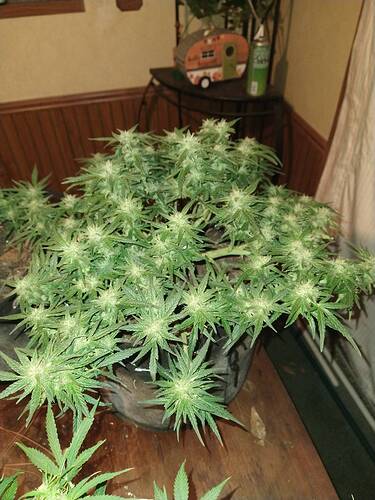 Your dad’s story is phenomenal. This precious plant has so much to offer us, at so little risk (healthwise), yet we continue to push opioids at everything. They are incredible, when you must have them, but with this miraculous plant, so much is possible. Your plants are beautiful. BTW – love to a fellow Ranger. My husband was a Ranger (Korea).

Well thank Yu mam! And my pops was in Germany before the wall came down. But yes I was absolutely flabbergasted! I had my own major surgeries at 15-18, Drs fed me pain pill then just cut me odf, I didn’t know at 18 what was about to happen, thank the Lord I kicked that crap. And I understand marijuana does take pain away to a extent, but he always told me, “Tree, it’s not that it takes all the pain away. But it helps me forget about it for a while!” I felt like i understood the meaning of life lol, well that’s a stretch but it made a lasting impression.

Great grow. The 5 gallon buckets looked like they were called to duty becasue you grew mucho much. You have enough smoke for one stoner for years. Dark glass air tight containter for storage. Cool temps always. A- grow. Impressive. How much you figure an inside grow cost you for lights and fans?

first of all ,LUV your plant’s ! I’m on my 1st auto grow n i’m an absolute neurotic when it comes to my grow ,i went thru 12 seeds ( that were not cheap i might add ) due ti my mistakes n not knowing what i was doing ,ugh ! so now I have 7 auto’s 4 Kush XL & 3 Triple XL 3 are flowering (it’s been 3 week’s since they were put in their forever 5 gal.pots ) n 4 are on their way (hopefully) mine don’t have as many leaves as yours or aren’t as big as your’s ,will they grow bigger ? Also I have yellow leaves on those 3 girls, (which i snipped off ) I thought the yellow leaves were due to some imbalance? , I’m using super soil from, COM (coast of maine) I also am trying to figure out how to load pic’s on the forum or I’d show you what I’m talking about. thnx,BTW my husband also just got off of liquid dilaudid 10 mg every 4-6 hr’s oxycontin which was switched to oxycodone 30 mg 4 x’s a day & xanex 1 mg at night & sometimes during the day if pain got to be too much ,so he could go to sleep n sleep thru the pain.He just recently got off everything except 2 methadone’s a day which he’s going to stop eventually & he did it all w/ cannabis ! he too had several surgeries for his back n neck n has rods all thruout his neck not to mention Ruemitoid arthritis I also had back surgery & suffer from excruciating migraines since teenage yr’s but cannabis has been a life saver I too was put on oxycontin & ,liquid dilaudid shot’s for my migraines ( 5 mg shot intra muscularly when needed for pain ) now I only take 2 methadone 10 mg a day ( which I too am working on getting off that ) all w/ cannabis neither one of us could’ve done it w/ out weed ,now it’s regularly smoked by us both n I couldn’t feel better .as for being a baby when it comes to pain or anything really, my hubby was in the military & ex law enforcement as well ,so not a woose .I’m so glad you n your father aren’t taking those pharma pill’s anymore either & thank God for giving us the plants that heal us n do all sorts of things for our bodies that pill
s can never do! happy growing & your plants look luscious !