I’m brand new. Nuff said. Optimum light – measurements/charts available? Where? I do better learning from visual charts. Does it differ per stage much? Going to do 24/0

Hi @GrnyGrows lots of questions but there are answers here,check out all the video tutorials on this site…I am currently finishing up a grow for the first time with Auto’s. I ran 24/0 at the beginning and then went to 20/4 about half way thru and now I have them on 12/12. I grow in hydro and it my setup I think they need the rest more

@GrnyGrows these are pretty much minimal of what’s needed. Up from here means a little more produced at a higher cost in electricity. i use 18/6 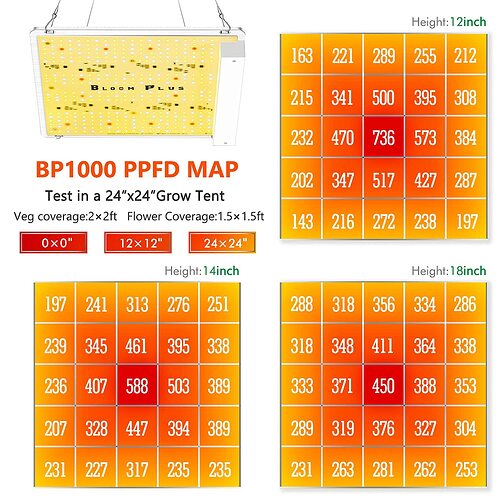 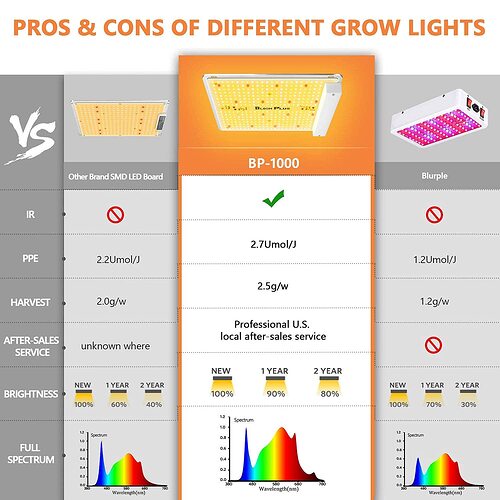 Thank you so much. Bam

@GrnyGrows I went to 12/12 in my hydro set up for a few reasons, this is my only auto grow and only 3 plants

Thanks. A good note in my growing book.

@GrnyGrows well I went back to 20/4 since I stopped seeing bud growth and boom they are growing again. I think I may have confused myself because when I trimmed them they stopped growing under 20/4 lighting and when I put the lights to 12/12 they appeared to bounce back faster after the trim but then after a few days I could see slower growth. At this point I shouldn’t have to trim much if anything anymore so I am staying at 20/4 lighting. Maybe after a heavy trim with auto you help her by cutting lights back and then after she recovers back to regular lighting…not sure since this is my only experience with auto

Soon as I get seeds I’m gonna try my hand at autos. Will be watching for any tidbits I can pick up.

So the correct lighting hours for autos is 20/4 for there whole life cycle?

As much light as you can give them. If I had a tent full of them, yes, I would use 20/4 just so they get some rest.

I have one auto in with a couple of photos, so she spent March and April under a 18/6 schedule, then last weekend it got changed to a 12/12 so my photos could flower. She didn’t care, just along for the ride. But if it was just her, she would have started at 20/4 and would still be at that now!

I’ve kinda been there and back with light distance and schedule.
I started this adventure in March of last year, working autos continuously. I tried following instructions from light makers. Constantly measuring distance and playing with intensity.
Then it dawned on me.

A lot of our weed culture came from closet grows using old tech lights that were like trying to do surgery under fire light. If you got the light close enough to do any good, it was cooking the plant. So they played games with light hangers and dimmers etc.
Since people readily buy gadgetry, it was a no brainer to put all that functionality into the newest lights, even though the new lights didn’t need it.

So far, after all the bullshit with the up, down, bright, dim, on, off, like high mass at Easter in a New York City cathedral for crissakes, I’ve grown my best weed with sf1000 led light run wide open, hung 3 feet above SOIL SURFACE level from the start, and let the plants grow and work some mild LST. I stopped screwing with the dimmer and the height and the schedule, and just left it at 18/6 (or maybe it’s 19/5, I can’t see the damned pins well), and ignore the minor electricity cost. Anyone price a round of drinks for two at the local bar lately? I stopped stressing about electricity.

Lol northcountry…. The sf1000 is a great light for a small space and I use them along with sf2000 in my 2x4s. 30 inches from and they are great at 90-95%… I prefer not to max lights for wear and tear pupises. I have used some other 100 watt leds that would definitely stunt the seedlings. The plants really do love the spider farmer spectrum.

For an 18 hour or 20 hour light cycle you can run lower intensity (maybe 900-1000 par). On 12hr you will need to crank it up a bit at least during stacking to maximize what the plant can processs.

Really depends on season and if I need the heat in the winter or need the lights off in the summer. It is just about making it easier to create an ideal environment not so much one way is better.

Without even attempting to verify what you say, I believe you. And, wait for it…… you illustrate my point.

At 6:15 am, after taking the dog out, and waiting for the French press to impress me with its bean flexing, I think to myself, self, don’t spark that bowl yet, you gotta get out the par meter, ph tester, tape measure and square, Pythagorean theorem and a pencil,

Or, wait for it

I can just peek and see if there is still a wet spot around the plant, the light is still on (cuz I pay my light bill), the girls are praying like a full on, traveling preacher, summer time, Holy Ghost revival, and all is right in the world.

We been bamboozled, flim-flammed, played.

Tech and cubic dollars have not yet caught up with what granny could do with a potted geranium, and she never read more than the seed packet.

I totally agree. Back in the 80’s, we never tested anything. Metal Halide lights were usually “used” stadium lights. We used what we had, and grew some damn fine weed.
Now it’s all designer stuff. Fancy lights with intensity knobs, you have to test for this, adjust for that. Ya, way too much hype on the latest and greatest

When I got back into growing, I went with what I knew. Googled lights and got a COB light as it was being touted as the new best thing, better than standard led lights. It only has Veg and Bloom switch. I run it with both on. My plants like it. As they get bigger, it gets raised.
I don’t test my water for anything, don’t even own any test meters! My water here was ranked the best/purest in Canada until they stopped competing in 2000??? I think the ppm are 47 out the tap. I don’t care, my plants like it. I use a good brand nutrient that pH balances itself. The plants like it. I use a neutral grow medium that doesn’t get buildups of salts or anything. My plants like it.
The only time I’ve watered to runoff was just to see how much water they could take until runoff! Apparently 3 scoops. So I give them 2 scoops when they need it, might be every 2 or 3 days, later on it’s daily. But not runoff. I don’t even have drip trays under my girls anymore!
I don’t chase humidity levels at all, altho I will turn up the fan speed if it gets too warm or humid in there. That’s about it.
I know if I measured and cranked up things my plants would probably even grow Bigger, Better, Faster, More! But I am a hobbyist, not a commercial grower, and as long as I get a cycle going where I always have good smoke, I’m happy! I also believe that when you push them too hard, that’s when you get imbalances showing and then you’re always chasing symptoms. I raised my kids the same way, let them do what they wanted as far as extra curriculum, kept them safe in a good environment, and let them grow into the fine young adults they’ve become. Not the star quarterback or future world leader or anything like that. But decent enough that I can say I’m proud of them. Like my plants!

If I lived in the Okanagan where I grew up as a kid, I would be using meters for indoor grow as kettles scale up in a couple of months. Really alkaline water there. But here in the Fraser Valley, so far I’ve gotten away without needing them!

Happy stress-free growing to all!

Sounds about right. Like you, my previous place I’d go through shower heads and coffee makers often owing to scale. Here, I have a little iron stain, but no calcium scale, so I don’t worry about it. I use tap water left loosely capped to dissipate chlorine, and have no idea what the ph is. I only monitor temp and humidity, and try to keep them close to the right color on the chart, but don’t lose my mind if they stray unless it hurts something. Brand new sprouts stay wet, for example. I don’t let them get dry. Later on I’m chasing away damp……

Yep… people make it way more complicated than it needs. I just eyeball the distance and then stick a par meter in there. There is some technology worth taking advantage of.

I may be the minority but I grow way better weed now than the 80s and 90s. That is more due to growing organically than lights though. And getting good genetics is much easier nowadays.

There are multiple ways to approach it I guess. I’m trying not to have to geek out too much, and still get respectable results

Lol… I like your posts and they make me laugh… in a good way :).

My tech consists of a par meter and a new cheap microscope I just picked up to check trichomes. I have a nice expensive phmeter but I don’t use it as I grow organic.

Aside from the sales pitch of light manufacturers, there are some great videos on maximizing yield and quality with minor lighting adjustments. And I have been experimenting quite a bit. I really don’t give af what a salesman says…. They will tell you to run lights at 12”-18” at 100% in flower…. Personally I don’t want to run 1200 par in weeks 7 through finish. I may only be at 700 par the day before chop… At some point in flower we want them to finish as they would in nature and stop stacking.

but I am a bit of a perfectionist which even annoys me sometimes.