I’m not sure what’s going on

Can anyone tell me if this is normal during flower I have 2 plants both autos doing this. image|375x500 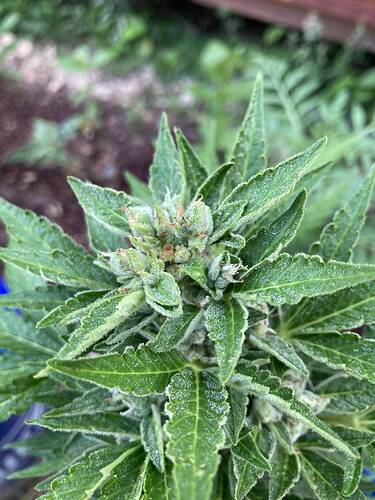 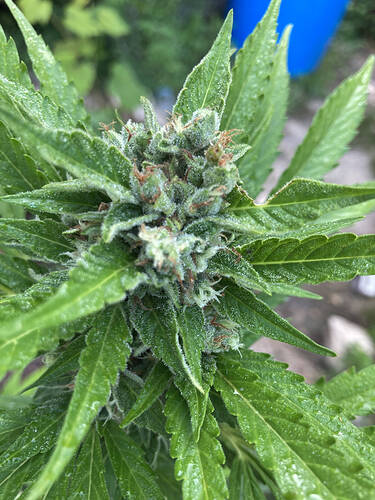 What is growing? My eyes are watering at the moment as I’ve just come in from outside and the pollen is ridiculous. Is she foxtailing? @MDBuds, @Mrb53004 @CkNugz, @dmtscravey can you help?

It’s ak-47 auto from hgc. Sorry I’m not familiar with the term fox tailing. I think they are close to harvest but sadly I didn’t keep track of the weeks.

@kmac03 yeah you are correct. This is foxtailing.

@Coco22 foxtailing is a stress response where the plant will grow spires of columns of oddly shaped buds either due to heat, humidity, or pre rodelization if left to flower too long passed maturity.

@MDBuds @kmac03 It has definitely been very hot and humid. Is there anyway to save it or should I harvest now? There is 10% amber on 2 of them. 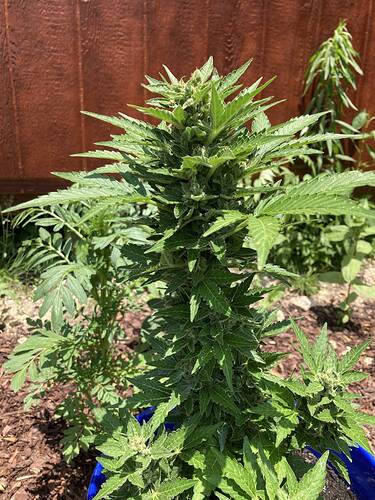 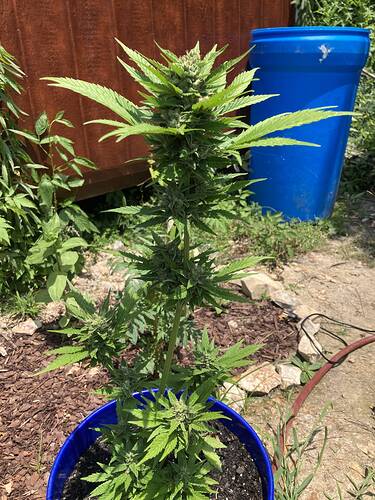 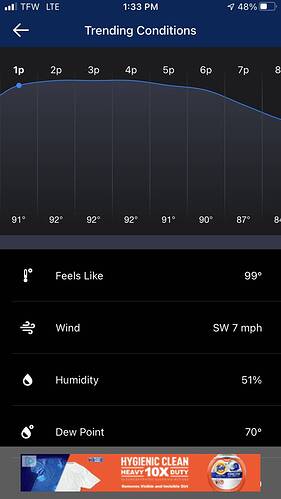 Cody I wouldn’t worry too much about it. The only thing I would watch is if you were purposely trying to overripe the plants would be to watch for Nanas (male stamens forming) or Rodelization like MD buds mentioned.

That is not your situation here. I would not worry about it some strains just foxtail a lot. Nobody grows it anymore but Dutch Treat is a fox tail monster. I haven’t grown an AK since the mid 90s. But I do remember it having some fox tailing. At east it put out big bushy pistols that look like overgrown eyebrows.

I did see that your plants were outdoors though. Are they in pots or in the ground? Are you watching the light timing outside? I assume you’re using a darkening method to keep them flowering if they’re outside even partially. If you’re not monitoring that, the longer daylight could be messing with them. (Thinking summer solstice). It could be making some fox tailing even though they’re still budding. Like the plant is getting confused and wants to maybe start re-vegging. On top of all those buds. Not sure that’s what’s happening just something that I would watch for if they were outside a fair bit getting sun supplements. Watch the total hours of light.

Autos, disregard that last post then. Sorry I missed that fact.

Sorry to carry-on, but at second glance I wondered if you meant the canoeing of the top bud leaves? The individual leaf lobes slightly bend up towards each other.?

I also would not worry about that (if that is what you were showing us) so close to finish. I’ve noticed especially in the plant tops the sugar leaves most coated with trichomes tend to naturally canoe in on them selves. I think the crystals mess with the surface tension of the leaf. I can’t prove it but I see this a lot at the very tops of plants all the time.

@Noddykitty thabk you for all the advice. I don’t really do much light wise for them or shade they get full sun and I feed every other watering with cultivation nation 3 part. I didn’t keep track of this grow so I’m not sure what week they are in. Says 11 weeks from seed to harvest though.

No worries if it’s not broke don’t fix it. The more full sun the better. Especially with autoflowers. Most of what I said the first time refers to photoperiod plants and not autos. I’m really sorry I missed that fact in your first post that you were running autos.

I’m indoor and don’t have experience outside as of yet, but I’m working towards it. If indoor, me being me, I’d like to try and fill in those gaps a little more, but from here you have more experience.

I grew indoor for like a year, I wish I could now but we just bought land off grid and we don’t have power yet. I wouldn’t mind seeing some of your girls. 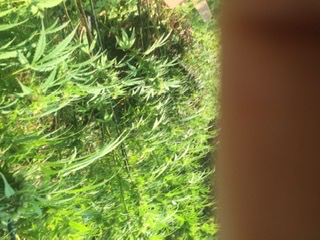 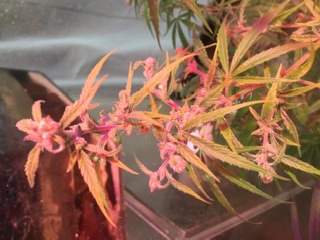 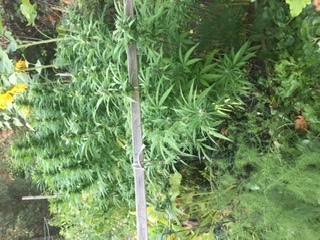 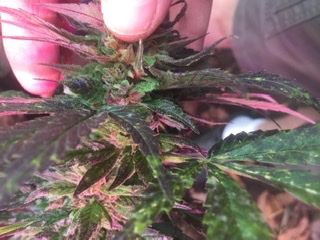 This last one is a dj short blueberry I was gifted. It was a tremendously good and stony smoke. But it would not get moldy no matter how much it rained on it.

Those are from last season. The girls this year aren’t worth posting yet.

I don’t know why but for some reason my pictures always get flipped over when I post them. I don’t see any way to rotate them once I put them into a post

Please do not be offended, I’m laughing for real. Your pictures make me feel drunk.

Solar! Once the pain of up-front expenses has passed, you’re swimmin’ downstream.
Plus, independence is a wonderful feeling.