Best medical cannabis for tardive dyskinesia strains for depression include:

The best cannabis and tardive dyskinesia strains for fatigue include:

The best insomnia strains are Tahoe OG Kush (hybrid) and Blackberry Kush (Indica).
I am not a physician nor do I state that these are an answer to your question. This is only an opinion. Trial is the only way to see if any of these recommendations can provide relief. Before I would go buy seeds and try to propagate any of these strains, I would see if there is a dispensary that sold pre-rolls of these strains and try them to see what the results are.
I have shaking leg syndrome from an old injury and surgery to L3,4,5 and have found that SanFernandoValley OG worked wonders for me. I just finished growing CBD RED and Doctor 30:1 CBD, they are in cure and I have not tried them as of yet. I also know that saving buds for a long time (properly stored) can effect a change from THC to CBN. THC eventually degrades into CBN, a cannabinoid with different effects and properties. CBN works as an antibacterial, anti-inflammatory, pain relief, anti-insomnia and anti-convulsive agent. It can also increase appetite like THC, without psychotropic effects. It is important to store it properly (temp, light, humidity, container)

I would also seek the opinion of MDBuds, a well known poster on this site who has invaluable knowledge of strains for medical use. Many of us, in addition to being potheads, do it for the relief we get. The act of growing is therapeutic to our systems…and fun

Thanks for the info. i’ll look him up…

My wife mixes strains together rather than trying to create a hybrid. You can still find Original GG from seed banks. I have not seen XJ 13 in quite some time but try this link and then see if you can source what you are looking for or determine parent strains 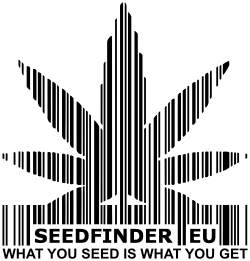 @Calvin-1 welcome to the forum man, I’d be happy to help you but before I give my opinion on the strain I will need to ask a few slightly personal questions. Feel free to answer or not and you can pm me if you don’t want to answer publicly.

First question, what mental illness were you being treated for?

Second question, which medication were you prescribed that caused the TDS?

Third and final question, are you still currently taking the medication?

TDS sucks man and it’s hard to treat without the information I need above.

I can only imagine how hard it is for you man. Hope you find something that helps. Happy growing.

Hey Dude thanks for the reply…

Mike thanks for the info. I’ll follow up on them…God Bless…

@Calvin-1 I’d recommend Gold Leaf, Shishkaberry, or cbd Shishkaberry. Homegrowncannabisco.com has all of the strains i mentioned.

I’m sorry I didn’t reply last night…thank you for your info. I will try and see if I can get these at a dispensary near me…thank you again and God Bless…

@Calvin-1 Hey ya friend! Sorry I am late in jumping on this topic for ya. I have Adult onset Epilepsy (started in 2013 from Hepatic Encephalitis) and also seizure disorder (from other medications I have been on over the years for everything from Cancer to Autoimmune disease). So yeah, I know the TD and or seizure disorders SUCK, big time my friend (((gentle hugs)))… Now, you have been given some awesome advice by some of the best folks on here (and more will jump in).

The best advice I can give, is look here on HCC (or any seed site) and see what strains are “recommended” for Epilepsy or Seizure disorders. Also you need to really try and judge for yourself.
I have tried specific strains at the dispensary to make butter or tincture but I find that growing my own “mix” (and I tend to grow for MY personal seizure disorders…) a mix of the following…

All these are very Indica Dominant. (some Pure indica). So very sedating, I make a tincture that along with my Keppra (a prescribed RX) keeps my seizures about 85% MUCH better than say 5 years ago when I was having multiple Grand Mal seizures and multiple Focal and Absence seizures a week (plus being in ICU for the Hepatic Encephalitis). Ugh!

Because I have some psychiatric issues (ie: Depression/Anxiety and PTSD)…I MUST avoid Sativa’s and Sativa Dominant strain or I WILL become “ragey” (read: a total BITCH*) or become very paranoid and have more tremors and mild focal or absent seizures…But your results may vary!

Keep a diary or keep information or your computer/phone about each strain you try, how does it make you feel MENTALLY? Does it help the TD? If so, how much? For some of us who need a true "standard RX dose of medicine) to keep our blood serum levels with the proper medication doses, I tend to make my cannabis into coconut oil infused capsules, that way I get PRECISE doses and can space them out for a more complete effect)…Best of health and all I can humbly advise is “experiment, experiment and experiment!” (and have FUN)

HCC sells some really AWESOME varieties and I am growing some of their more “rare strains” and combining them to make the best medicine for me and my family. Be well and WELCOME to the forums!
Warmly, JACKIE

Hey All! I also have a mild case of TD (my arms, shoulders, hands and feet twitch uncontrollably). Also have hyperhydrosis (uncontrollable sweating of the extremities) all my life. Many medications for the hyperhydrosis issue which did nothing but put me into a fog. I’ve not taken any medication for the TDs, as I’ve been able to control it using heavy indica hybrids or pure indica strains. My best luck has been with GSC as it controls both problems.

Hey Bill, thanks for the info. sorry to hear that you suffer from TD as well…Prayers out for you brother…

I am astonished at your honesty, how wonderful of you. My wife has Hashimoto’s thyroid disorder. She is allergic to cynthroid but luckily, has been on Armour (natural pig hormone). She also has EDS (Ehlers danlos) syndrome - EDS patients commonly suffer a variety of headache types. These include headaches due to migraines (long-lasting headaches, usually felt as a pulsing pain on one side of the head), muscle tension, high blood pressure, and other physical conditions. Migraine, already common in the general population, is more common in women than men and in those with Ehlers-Danlos syndrome (EDS) which also occurs more often in females, therefore, EDS may be considered a risk factor for migraine. Migraine often appears alongside other medical conditions, particularly where there is a poor regulation of blood flow in the brain. Many migraine therapies exist, including botulinum toxin, triptans, and caffeine, but success can depend on the cause. Recognizing that migraine patients suffer multiple pain problems should prompt a broad treatment strategy or a combination of therapies.
Heart function/structure problems, such as rapid heart rate upon standing (postural orthostatic tachycardia syndrome, POTS) and a hole between the chambers of the heart. (2) The connection between migraine and diet in EDS. (3) The impact of migraine in all types of EDS and how common it is. (4) Treatment of migraine in EDS. (5) Effect of other problems existing alongside migraine, medications, and nutrition in EDS related to how common migraines are, their severity, or treatment.
A sister disease to Lupus -double helix strand disorder. Add on top of that Fibromyalgia. EDS has caused Idiopathic Intracranial Hypertension (Pseudotumor Cerebri)
Idiopathic intracranial hypertension (IIH) is a poorly understood condition but involves increased fluid pressure under the skull, it includes symptoms such as headaches, visual disturbances, light sensitivity, and sometimes the perception of noise (tinnitus), nausea, and vomiting. Affected patients may have changes in vision, with 10% developing blindness. Female-to-male ratios range from 4:1 to 15:1, and obesity is an added risk for this. Some reports have suggested an association between EDS and IIH, but it is not formally recognized. IIH may be caused by too much of the liquid around the brain (cerebrospinal fluid, CSF) being made, or less being absorbed, excessive brain water content, and increased blood pressure in the brain. Recent studies show up to 93% of patients with IIH have narrowing of veins under the skull, which may be playing a role in the disease. Treatments include lifestyle changes targeting weight loss, decreasing the amount of fluid around the brain.
Chiari I Malformation (CMI)
Chiari malformation Type I (CMI) has been reported as a condition that can occur with hypermobile EDS (hEDS). The average age of onset tends to be younger in the CMI and EDS subgroup when compared to the general CMI population. CMI is a disorder affecting the tissue around the brainstem, in which a lack of space causes obstruction of the normal fluid movement around the brain. Obstruction of fluid circulation may flatten the pituitary gland, leading to hormone changes. Surgery should be urgently performed in the presence of worsening neurological problems. Managing both CMI and EDS is particularly difficult due to the head and neck being overly moveable, with increased risk of fluid (CSF) leaks. CMI may be mild enough not to need surgery, and some cases can get better spontaneously.
Much of this, coupled with SAD (severe anxiety disorder) and having caught COVID this August, her endocrine system has been extremely discomboobeled (cant think of a better word). She suffered from weight problems most her life but by stopping the psychotropic medications and replacing with MJ, she has managed to go from 300lbs down to 135-140 and hold that for 6 years now. She tries many diffferent strains to address different symptoms. Indica for sleep, hybrid for pain /anxiety, sativa for get up and go. We are careful about the sativa strains as some do bring on anxiety and paranoia but those with the right CDB content work well. I just grew some CBD RED and Doctor 30:1 no thc, all cbd pretty much ans we are getting ready to test soon (in cure only 1 week)

Mike…thanks for sharing …but I didn’t tell you everything…last month my vision got weird and so I went to get the eye’s checked and the Dr. sent me to a Neuro. Ophthalmologist and she pulled up my history all the way back to 1986 and said I was misdiagnosed and the trauma from an accident was worse than told…anyway she is now telling me that due to all the seizures I’ve had I have major Post Concussion Syndrome along with multiple concussions along with damage to my nerves in the back of my eyes due to all the spasms…sorry got to go…I’ll catch p later…

Hey guys (Mike, MD Buds, Hut, Bill and Keith) sorry to hear about you and your families health issues. You all will be in my prayers. It is so easy to form opinions and pre judge people without knowing all the facts.
I recently went to get a medical prescription for marijuana so i could get my medical card. The doctor at the clinic here only shows up once a week for an hour to do prescription screening. It was like a mash unit in there. I know i walked out glad that my biggest problems were major knee inflammation and inability to sleep becuse of it. Made me wonder how many people in this country are truly suffering that we never see.