How I train my plants

I’ll start off by saying, training your plant is an art form. There’s no right or wrong art, unless it didn’t achieve the artists goal. At that point, it’s a matter of practice. I just wanted to make a post about what I do, in case anyone was interested.

This Strawberry Cough is a good case study for how I like to train a plant in early veg. It’s been in this 1.5 gallon pot for two weeks, and I’ll need to transplant into a 3 gallon sometime this week. 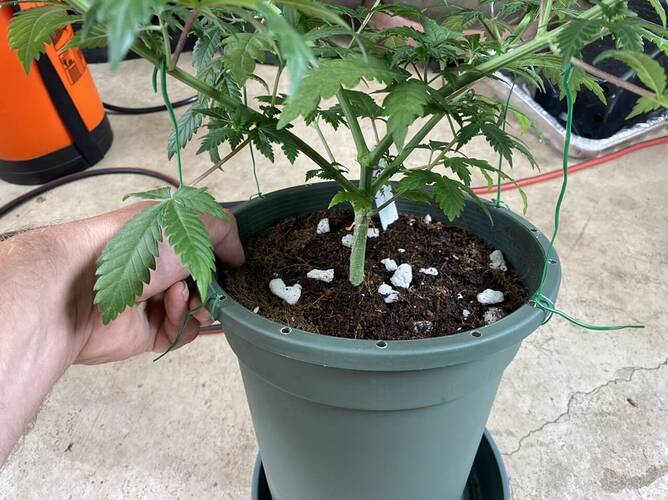 I haven’t done a whole lot to it. I topped the plant one time, before I transplanted into this pot. The new tops have grown a few nodes since then, and I tied them down to make them even with the other branches. Looks like I tied those down a little too.

They all grow a little differently. This one focused all of its energy on the 2 main tops, and the next set of branches down. It’s created a bit of a valley in the center of the plant that I want to fill in. 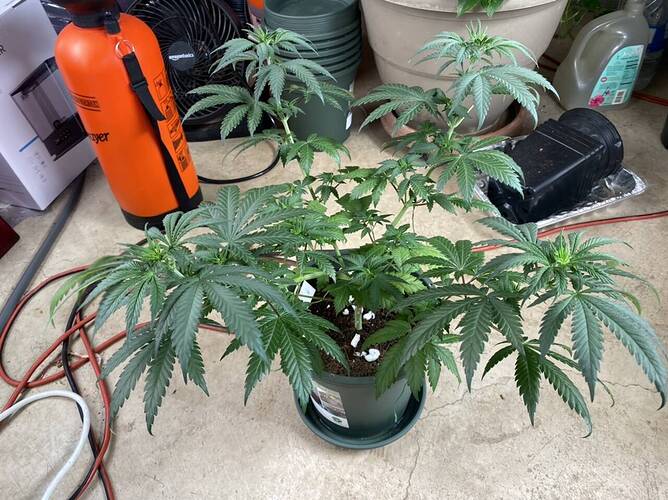 There are some new tops growing from first few sets of nodes on the main branches. These ones were “free” - I didn’t have to do any topping - the main branches grew a new node and so they were born. These are also some prime node sites: they’re branching from the first new nodes grown by the 2 main tops. So they’re right off of the main highway, if you will. 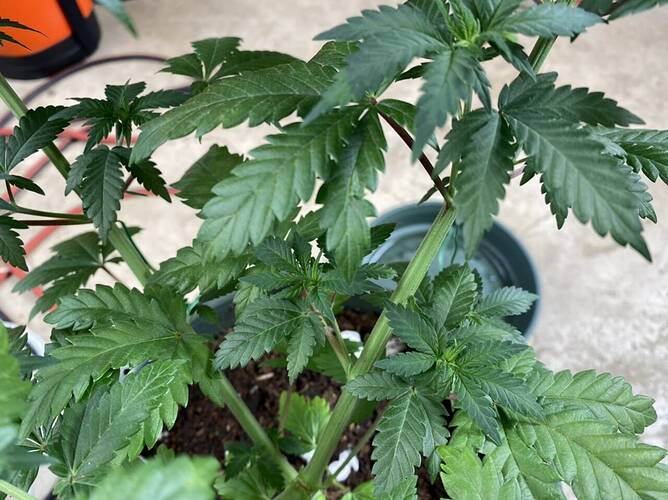 Here’s a look at the other main branch. Notice how these same 2 nodes have grown around the fan leaf on this side. Look above that fan leaf and there’s another top. 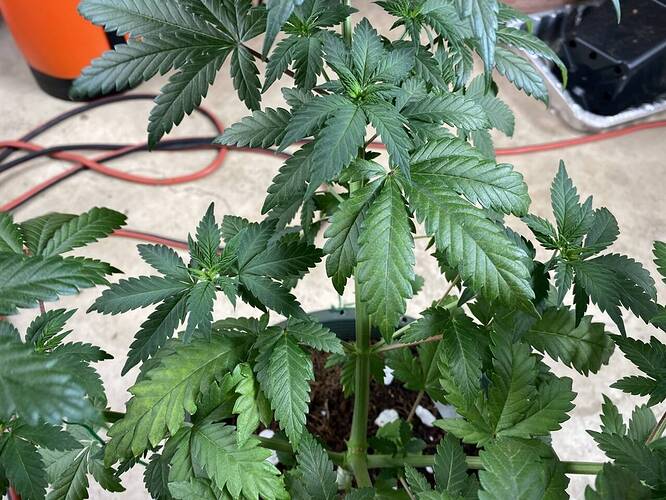 I want to develop all of these inner nodes into the main colas of the plant, equal in size to the main branches I’ve got now. The plant may decide otherwise, but that’s what I’m shooting for.

So for training today, I’m going to top each of the main branches. This will allow these inner branches a little time to catch up. And those new tops are going to divide the energy of the current main branches, making everything more even all around.

But where to top? I want my new tops to branch out side-to-side - I don’t want one to be going towards the inside and one to the outside. Again, trying to keep things even, but also, often those outside nodes ones like grow straight out horizontally. Now if I mess up and top at the wrong node, the plant can still be trained by twisting the branch 90 degrees and tying one of them down. It’s just more training.

These 2 are going the way I like, but I’m going to look for the next pair going the same way and top above that. 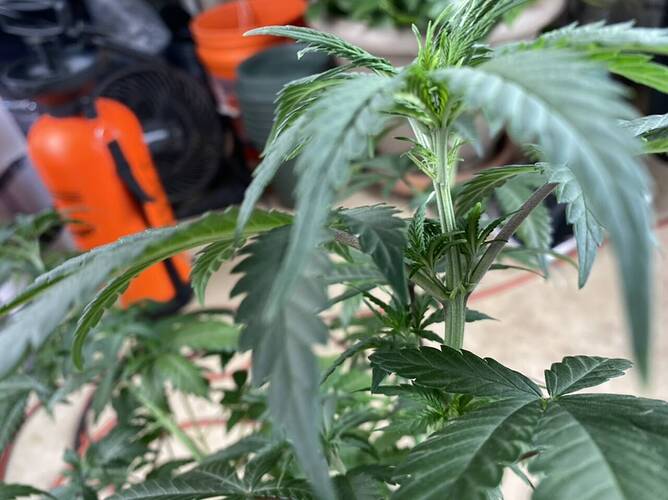 These are going in/out, so I’m going to top after the next node, which is going the right way. 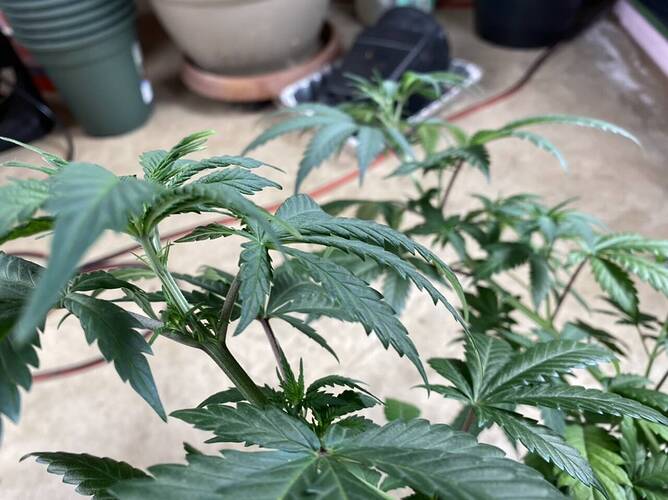 After I transplant I’ll tie the branches down again, but that’s about all the training it will need for the rest of veg. Besides pruning - the plant might not decide to develop all of these tops, so some will get selected. I’ll keep the lower 1/3 of the skirt cleaned as well.

I may post again later to show the training I do heading into flower.

Excellent writeup. Your absolutely right about it being an art, and there being no right or wrong. So many get intimidated, understandably, and dont try. Really like the point of it’s only a failure from an artistic standpoint.

hi @CurrDogg420 all good points here for growers to take note of. IMHO each plant has it own way of growing…and you need to adjust to its behavior for the best results for that plant. I grow 2 plants of same lineage side by side in tent with everything being equal to them…and they each have their own way of growing and adjusting to different growth techniques is part of the fun of growing this amazing plant

@CurrDogg420 No Train No Gain: i got 62 Buds from that plant, right next to five ounces (Photos) 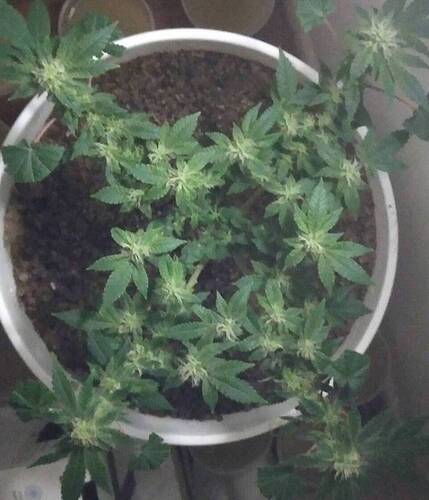 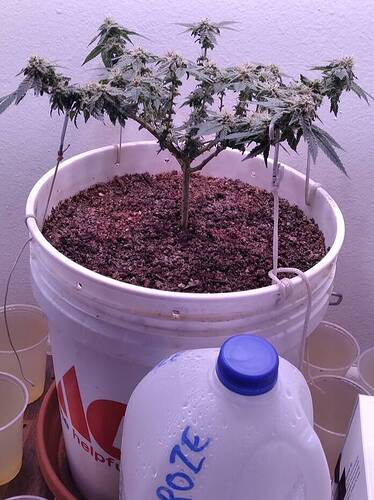 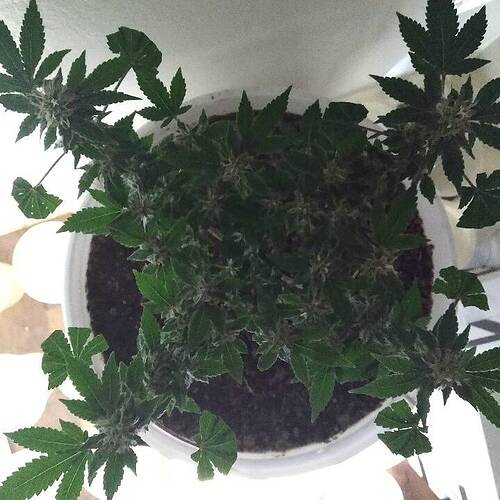 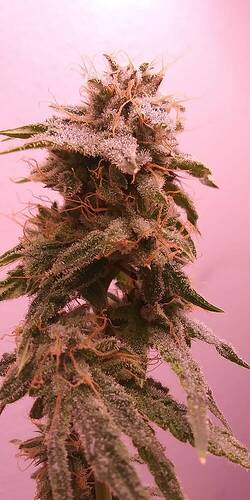 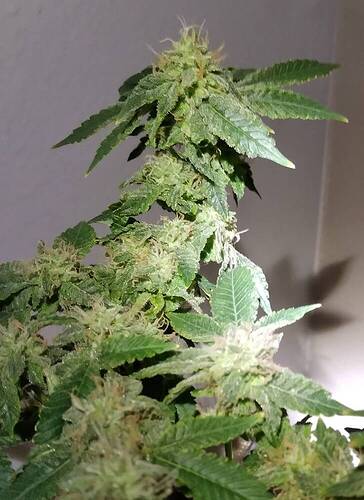