Got this from Homegrown cannabis....Critical bilbo 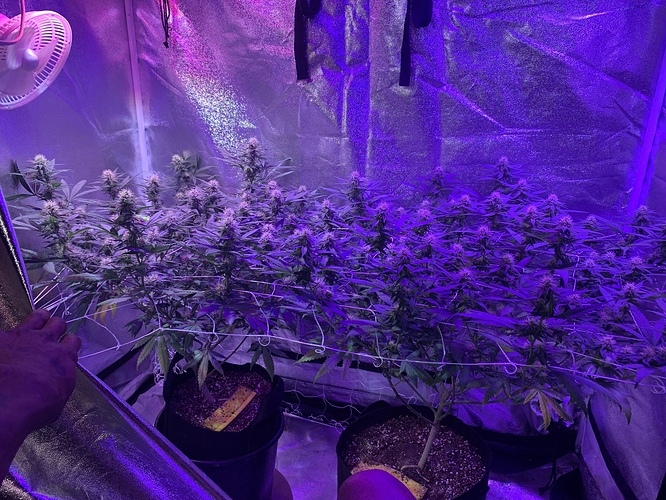 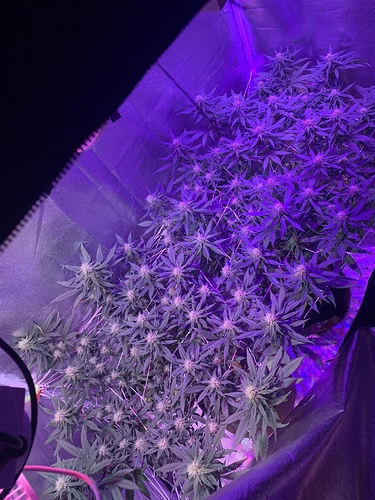 Welcome to the forum @Vorie5. Those are some beauty’s. I just started some Criticla bilbos my self so please, more information on your set up and feeding, and definitely keep us updated on the grow.

Welcome! Great looking grow, someone knows how to create and manage a canopy.
Please do tell strain, setup, soil mix, etc! Some pics without the burple too.

I actually have the seeds as well, I got them for free and havent decided on them.

My understanding was that critical bilbo is not a strain but a phenotype of a strain. With seeds how are you able to ensure it is that particular phenotype, is it that stable? Or am I misinformed or don’t understand something?

@RaiderZ28 critical bilbo is believed to be bred from critical mass but it is its own genotype and not a stabilized phenotype of critical mass.

You are correct in your thinking though that many strains are just stabilized phenotypes of the same genotype. To do this they just self pollinate the desired phenotype and continue to inbreed until the desired traits are stable and if they inbreed too far and start getting inbreeding depression they either outbreed as it’s called or they backcross with an earlier more vigorous and stable phenotype in the same line usually the mother or the s1/s2.

I personally prefer cross bred and regular cultivars for vigor though. I’m not a big fan of a small genetic pool. Regulars let me choose what to breed and keep the line stable without inbreeding depression and I don’t mind the phenotype variances.

looks awesome we started some from seeds from homegrown also! They took off great but ended up giving them to a friend to finish out, yours look great!