Friends, comrades, brothers and sisters, I’ve read numerous articles on freezing cannabis for storage and almost all say pretty much the same thing: don’t do it. All, that is, except for one article that cited an Italian study that found freezing reefers slows the rate of deterioration.

With the possible exception of the decarboxylation problem with freezing, all the objections to freezing reefers go away when you consider hash. No trichomes to break off, I have a vacuum sealer so there’s less chance of freezer burn, and so on.

I go through maybe two ounces a year, so I figured I would take anything above that and make hashish and freeze it. What do you all think of the idea? Have any of you tried freezing reefers or hash? How’d that come out?

Finally, would freezing it interfere with decarboxylation as it apparently does with reefers (though I found the statements about that in the articles a bit non-specific and thought the authors understood that process less well than they indicated).

@retiredoldguy @Reefers you grow a lot of weed yearly, you’ll get behind on using up harvests. though mostly i just freeze what i’m going to use, to detach trichomes easily for pristine first screen or shake 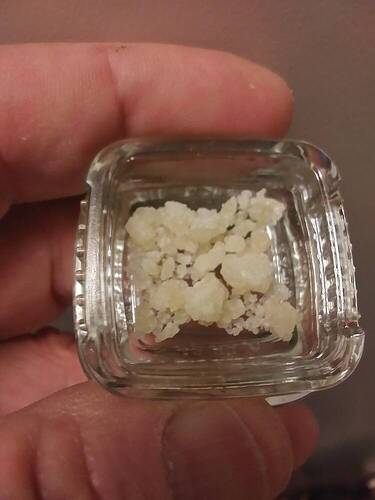 @DollarBill remind us again what you mean by Pristine screen and how did you make what is shown in pictures?

@retiredoldguy if you screen or shake a bunch of bud say 1/4 pound, you should just barely screen or shake to remove only the sugar on the first go round. after that you’re adding plant matter to your Sugar Wax collection. you’ll notice it change in texture and color each screen or shake. After collecting the best of the sugar chomes nothing goes to waist, you can press those same buds for oils. 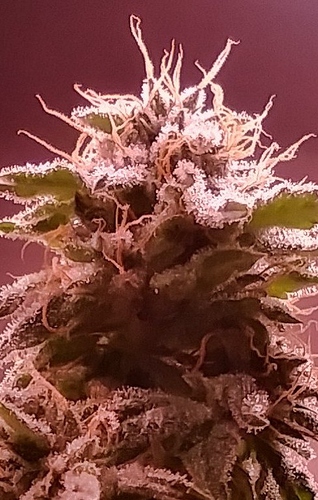 @DollarBill and you first must freeze it and then shake it over a screen?

@retiredoldguy you don’t have to freeze bud. it’s personal preference. i like to shake or screen at least a 1/4 pound three maybe four times, so i refreeze the buds. but i want those sugar chomes to drop off instantly first tap on the screen. freezing helps that

@retiredoldguy if you’ve shaken or screened to kief you’re at the third or fourth screening. that’s why i screen at least 1/4 pound. the kief is what you drop moon rocks into so they don’t stick together curing in storage. 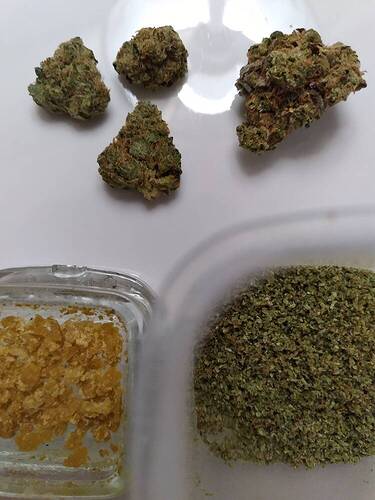 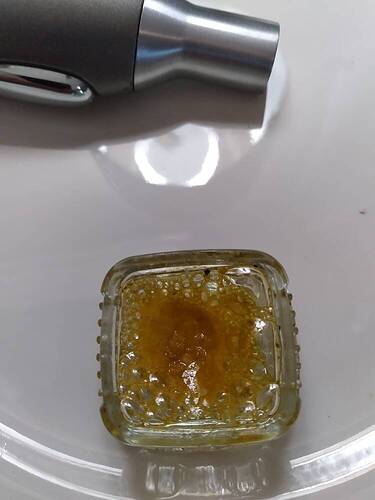 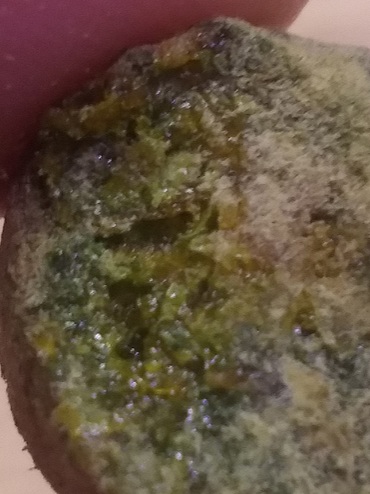 @DollarBill I guess I am too high this morning to get this…when I take my plants down after drying and I start to cut/trim the buds from the branches to place into the curing jar, Kief falls off and collects in the bottom of my trim bin.

@retiredoldguy that’s some of the good stuff. now multiply it by 1/4 pound’s worth and press it or treat it to crystals

Sugar wax is made from either dried buds or fresh but frozen cannabis, which results in live resin sugar. That is why some people refer to sugar wax as live sugar. Here comes the “sciencey” part – sugar wax can develop naturally over time as the lipids in the wax begin to break down and separate from the cannabinoids , which causes the wax to crystallize . It can also result from condensation or other contaminants which get mixed in with the wax, or if the wax is overly agitated during production.

@DollarBill thanks for explaining things to me but I just can’t put it all together today.

@DollarBill - that first run white stuff - I want some.

Do you chop and freeze right away, or dry/cure first?

Then that product, you drop onto screens? What mesh count/micron size? No agitation?

Subsequent runs - refreeze and rescreen? Agitation - how much? Do you use multiple screens with different mesh/micron size at all?

How does it end up in “coke” nuggets like that? Do you heat it or does it just melt together because it’s so clean?

@CurrDogg420 https://youtu.be/5BdEgMx_7B8 it’s easier to see it than read about it

Refer to the LPI<>Micron conversions below:

230 LPI = 63 Microns *Keeper hash collected from this screen
355 LPI = 41 Microns https://youtu.be/5SW8QcENmfU My Way is to tap a whole 1/4 pound of whole frozen buds sometimes still on the limb lightly over the screen removing only the good sugar stuff and no plant matter.

Check this moron out. LMAO!! he just grinds the whole plant and butanes like the Cartel https://youtu.be/MgPe2ThrGoI Good info on this video https://youtu.be/GhTYI3DeNgA Anyway, after watching the upper first video using buds, you can imagine using only sugar chomes as mine is much better. Just keep pressing until it diamonds. The Ways To are many https://youtu.be/rr-1EtiptAM