The last of a dozen or more seeds, these two blueberry autos had a rough go out of the gate. With my minimal vision, I spilled a rack of just planted seeds, and managed to salvage some of it. With my vision, I could never find the seeds, so I just scooped up the soil, put it in a pot, and watered it. The two plants that came up had to be transplanted, which I botched because the soil was too loose. One plant seemed to come through ok, so I went ahead with the planned LST, tying it down to stimulate additional colas. The second plant suffered a really rough transplant, with some root loss. A few days in, I wasn’t sure it would survive. When it did manage, I decided not to stress it further, instead letting it grow wild, with only minimal leaf removal.

Upshot? I’ve got a funky looking LST plant with a false top far above the actual top, alongside the wild and wooly sister that also only had minimal defoliation, it’s been allowed to grow wild, except for minimal leaf removal and minimal rotation under the light as I think of it. 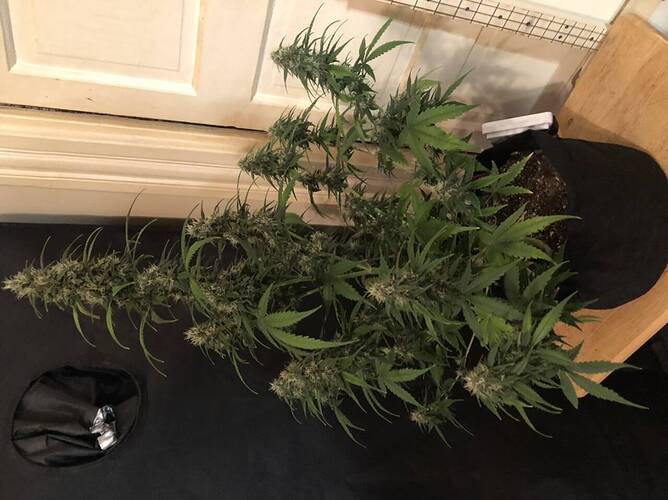 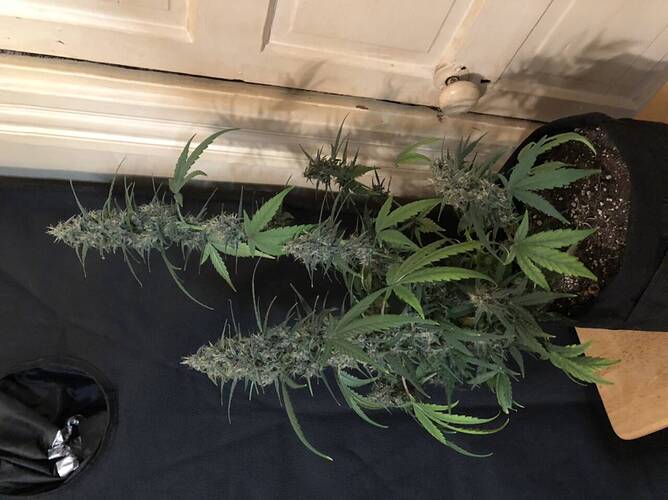 I’ve grown several autoflower both ways, and I think, for me, they do better wild.

I just watered my two. The wild one has four major limbs out the sides that are getting heavy out near the ends, causing some major plant spreading, like a fat guy on the bus, purposely taking three seats. It took some fancy pipe cleaner gusset work to stitch it somewhat tighter together, and brace it against a lopsided canopy. So, with maybe as long as four weeks left, miss lanky and wild is a bit concerning for hurting itself. The one I had tied down, on the other hand, is more compact and stable, though maybe a bit smaller.

I’ve been thinking about this. It may be that tge biggest benefit of the tie down or net methods is a more level canopy, which tends to mean even maturation. Absolute yield itself may not be that great.

I may not know what the heck I’m doing, and my LST plants are only mediocre? That is a poss, uh, nah!