Thought I’d share a bit here. Learned a ton on the way towards the end. Have a Sour D from homegrown and a white widow. Both autos 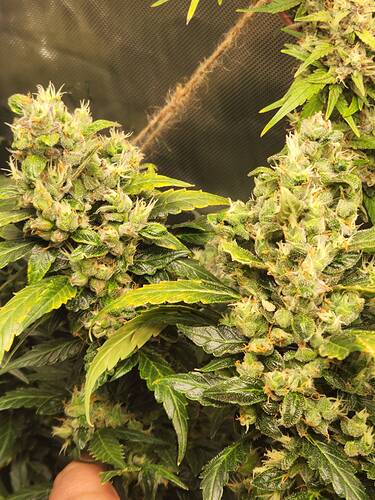 Sohum is a bit hot but they look great. 3 gal pots from now on. That’s the 2 mains. Super chunky 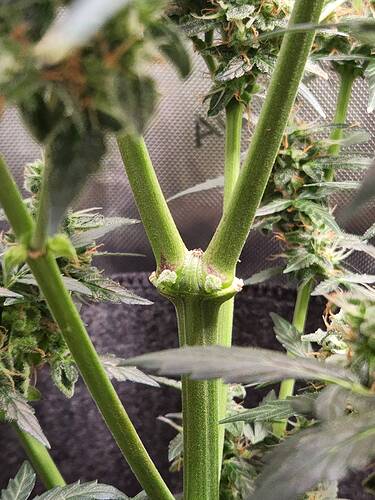 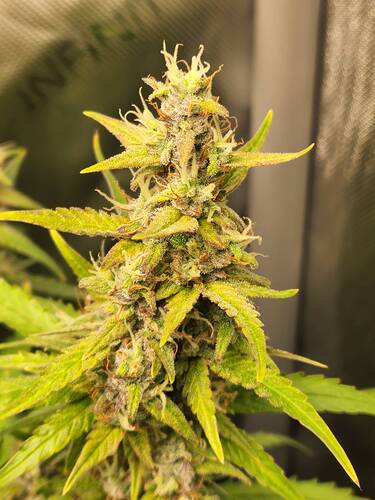 Oh you can, but it is an open question whether the resulting yield is greater than say, had you used a tie down or net. Autos don’t have time to spare on recovery without impacting growth.

I was just curious. I topped it in pretty early veg and it did great. I’ll have to figure out netting soon. The biggest lesson I’ve learned is to pay attention to the height of the plant…
Thanks for the reply!

First grow I did, I tied down an auto too tight, strangled it, necessitating removing the dead top. It did ok, but not wonderful in terms of yield.

The idea with netting or tie downs is to tie the top so that it’s lower than the next set of nodes. The trigger hormones get sent to the top, I’m pretty sure simply by convection, so the growth hormones end up rising to the highest nodes by altitude, not structural position. Once the first pistils appear, the message triggering flower have been sent, and you can release the ties. Also the stems stiffen, so straightening is minimal once released.

Netting rather than tying, it’s pretty much the same deal. Keep the flower nodes relatively on the same level, equalizing light absorption and nutrition among the branches.

Thanks for the plant science! Lol It’s been interesting and fun to learn. I’m so glad I just started a grow. I was always watching vids and reading about it. Then it became legal to grow here and I took it as a sign. Can’t wait to get 2 more rolling here soon. I’m thinking Jack Herer.