We made it through the snow.

What I have going on:

I’m letting them do their thing naturally, though I have castrated a couple of times already. Everyone is stunted as I haven’t finished getting my life together yet.

Really, it’s because everyone is cold and stunted. I still haven’t received my supplies due to shipping delays, but things seem to be warming up today so I allowed them their debut. 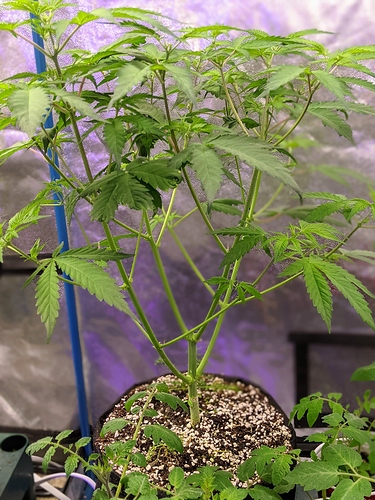 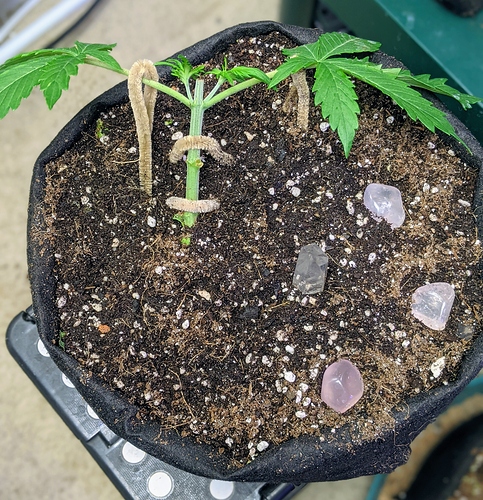 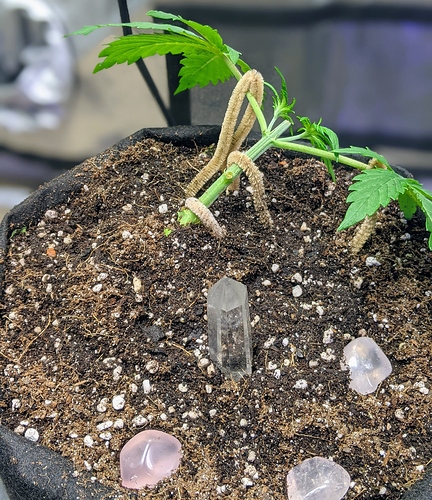 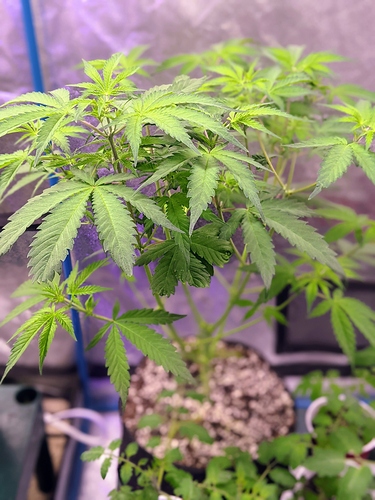 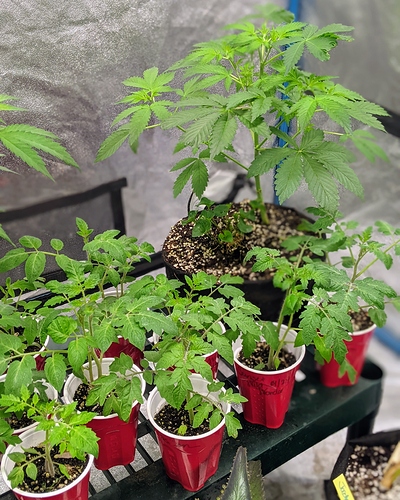 1 x Alaska Purple LSTd and topped. First time doing all of this, so I’ll see what happens.

I have the following also started:

These will be given away to the local community, I had to be sure they would make it through the cold spell (my first go around)

Echinacea and Elecampane: same pot; just groomed them; elecampane growth went to compost pile. This pot also has some stray Stinging Nettle growing all out. When the cold hit, thrips went here only for some reason. I’m wondering if there was an attraction to the latex or something? (ruminating on latex creating it’s latex suit to create warmth…) 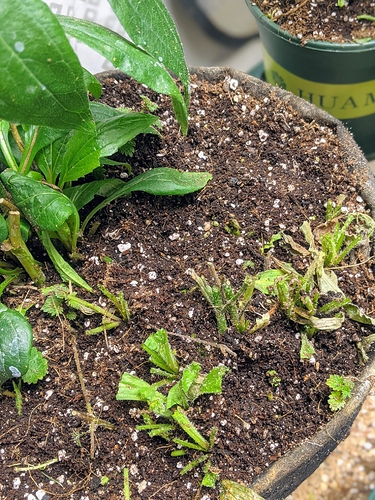 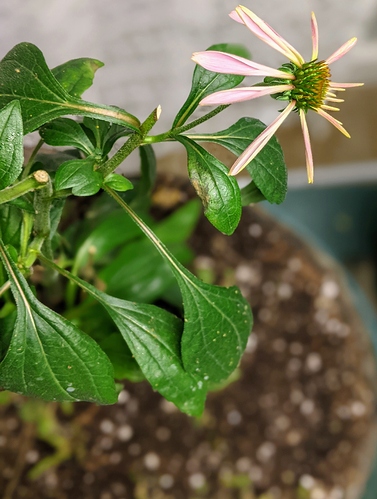 Nasturtiums and more Spilanthes decided to pop up with my Rosa rugosa, which is giving me tons of new growth. I’m trying to hold off re-potting. 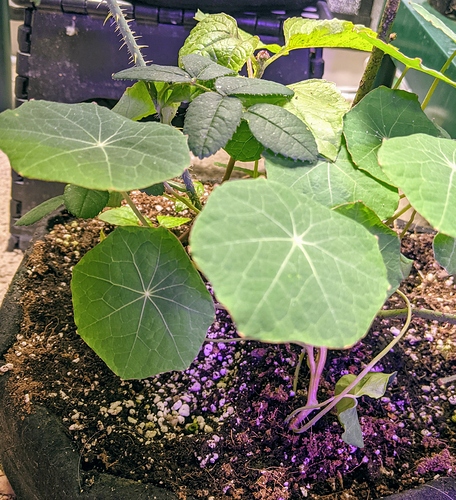 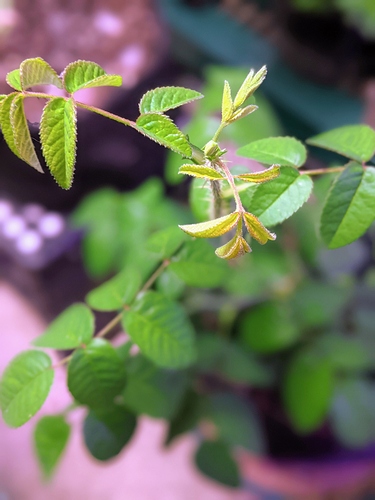 Sea Buckthorn needs repotting and is also now sprouting thorns. (I have a lot of thorned plants…hmmm) 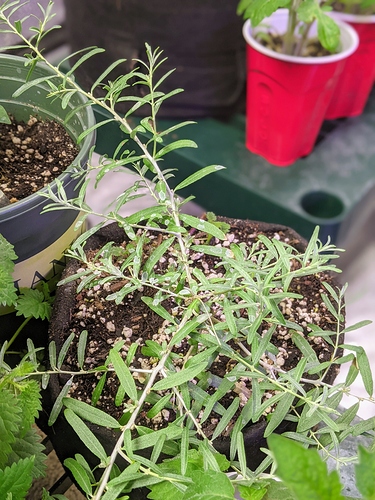 Poppies galore! Also, featuring carrots, onions, lettuce, Honesty, catnip, and a few other things that I can’t think of off the top of my head. 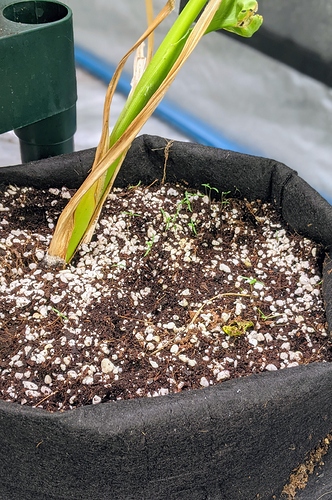 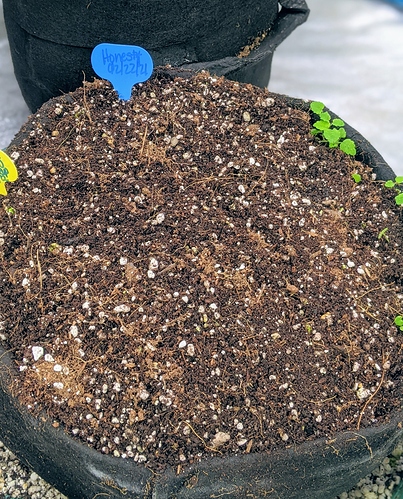 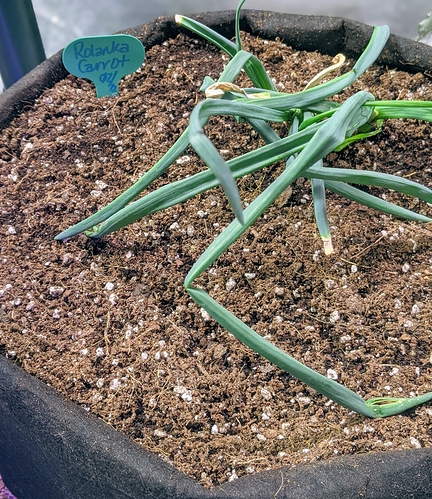 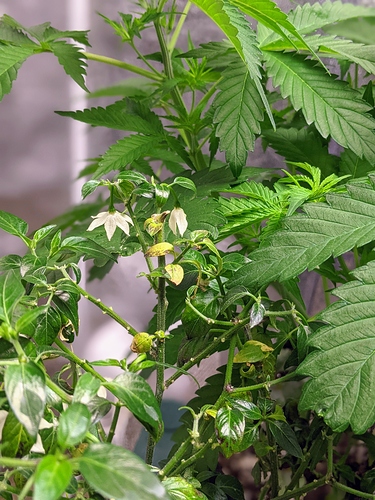 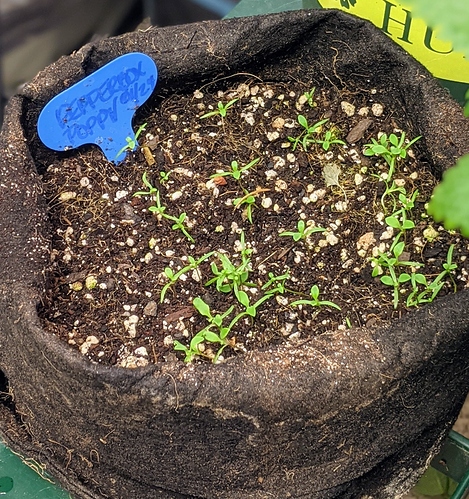 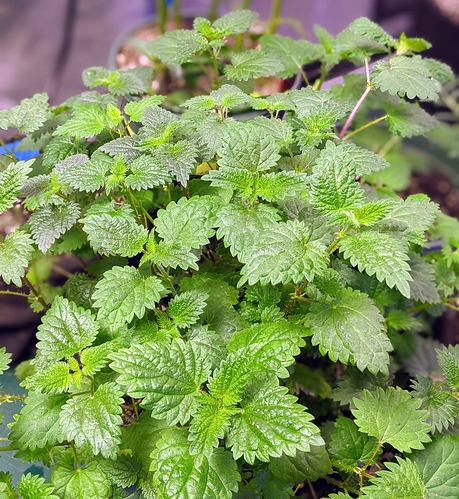 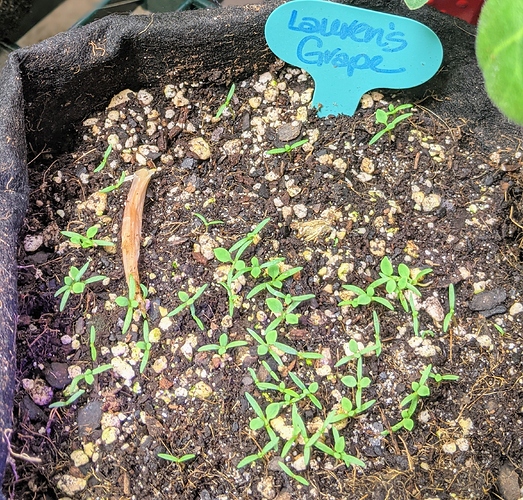 Everything you grow looks so fine!

PS: Are you purposely trying to trigger a song?

I’m sure there’s a song in there somewhere!

Good morning! In pic #8 you have a plant with rounded leaves…what is that? Do you grow flowering plants outside as well?

Were you thinking gotu kola?

RE: Outside - Not yet, but soon to be determined in containers. Most of what I have will be given away soon (tomatoes and peppers) 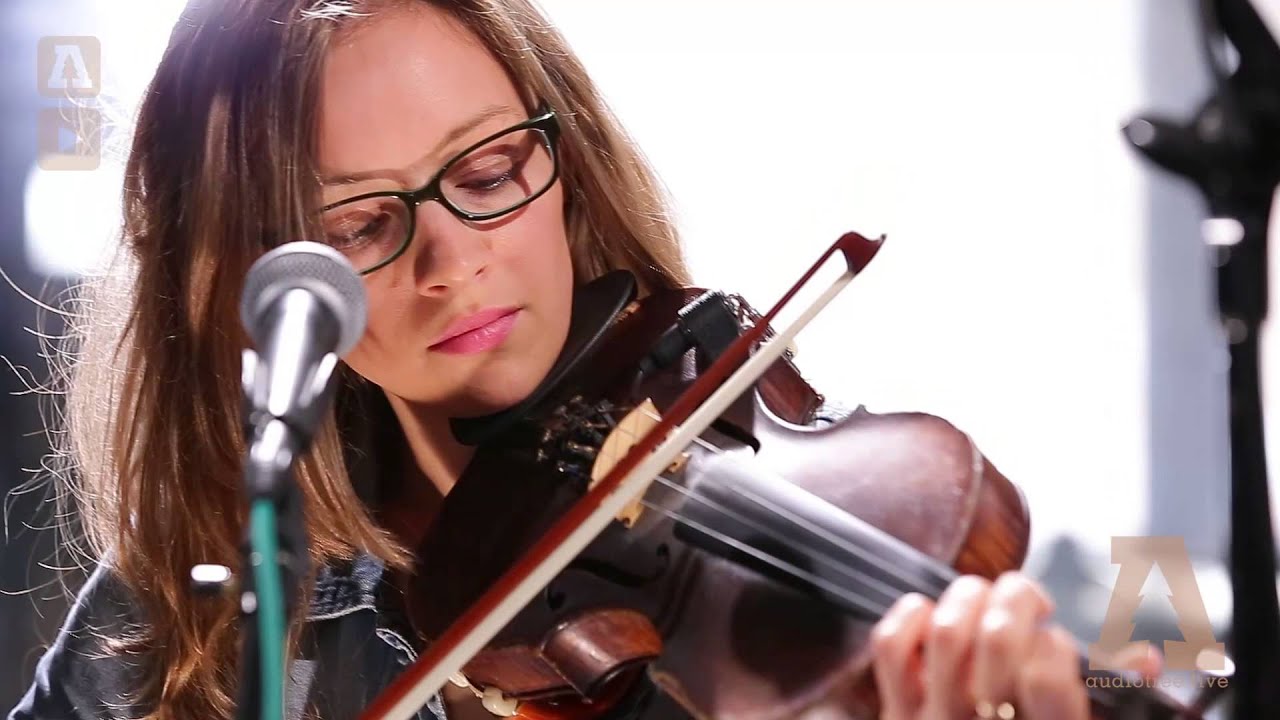 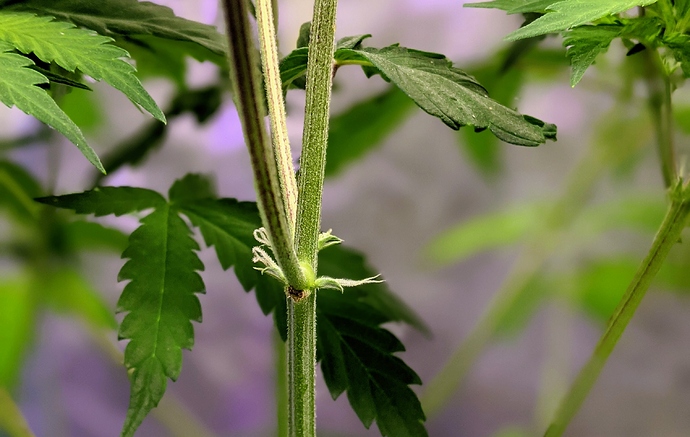 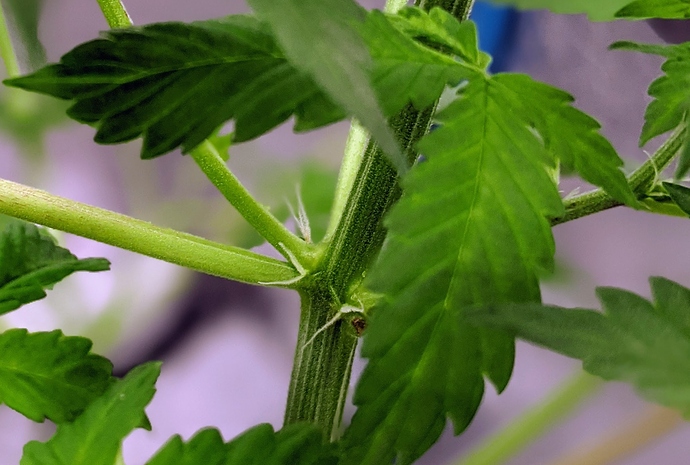 Not a nanner? Thank goodness. Maybe I’ve been looking at them too much today?

That’s as female as they get.

Is that your agent orange. ?

Y’all made my day. She’s a beauty. I have another smaller female, but I believe it’s because she’s growing with Sweet Violets, which are good for iron so it’s slowed things down a bit in the soil region. I know when I eat a lot of iron rich foods, it tends to slow my digestion, too, so…

Thanks for stopping by!

This is what a nanner, or banana looks like on a bud 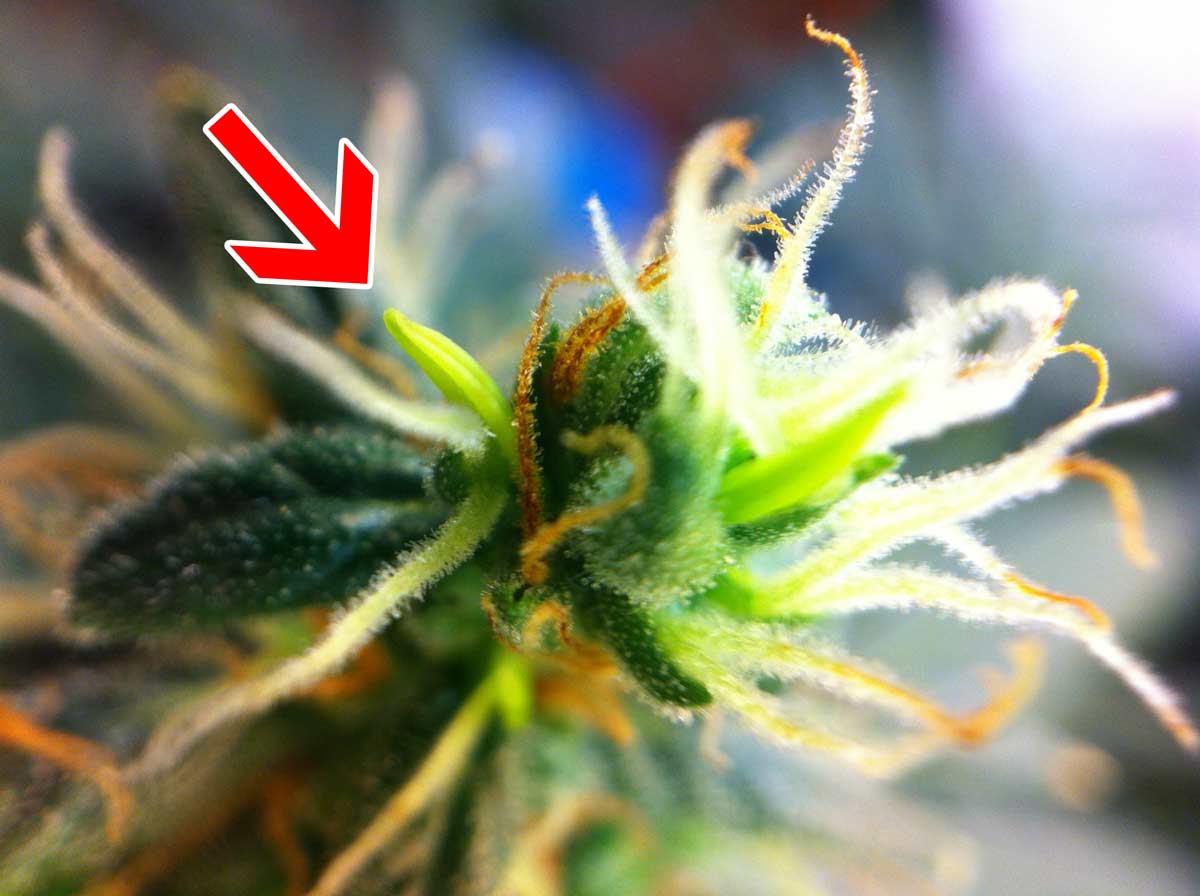 Thank you! I love what you are doing, too!

WOW!!! A serious gardener! I hope to join you in a short few years when I retire.

Thanks for stopping by!

To any and all seasoned growers, My seeds have popped a virus enough times that I feel like I want to grow them out of it. This type of virus is friendly to gram pos yeast, much like a urinary tract infection. No, I have not tested my soil officially and I’m not going to bother with such a thing because costs are just stacking up as pretty as you please on a regular.

By the time I get to the third grow for seeds, without breeding for anything outside of the strongest for now, should this have corrected itself? I would think so, going on my instinct to date for now. What say you?

This is one of my tropicals - bird of paradise. It had 10 flowers on it this year, which is very unusual for this plant to even bloom indoors over an Ohio winter. 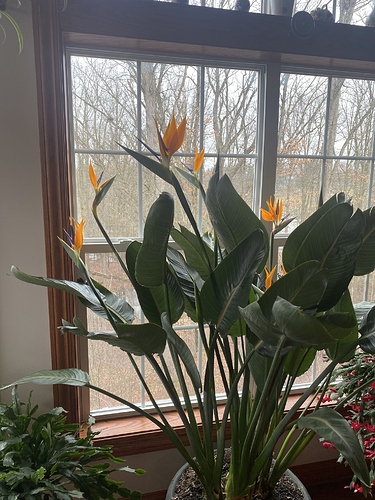